Next post
Cheeky Chompers: from ante-natal classes to successful SME

Almost two thirds of mums are interested in retraining and 58% have considered setting up their own business, according to workingmums.co.uk’s annual survey.

The transition to parenthood brings huge upheaval and the survey of over 2,300 mums shows how many are considering leaving their jobs or sector as a result of becoming parents.

The biggest reason by far given for considering starting a business or franchise is the need for greater flexibility – 36% said this. Others reasons given were wanting to be their own boss [15%] and that they had always wanted to set up their own business [17%]. While 68% of women were just thinking about starting a business, 15% were already in the early stages of setting up and 10% were working on a business plan. Access to funding was seen as the biggest challenge.

The survey also found 64% of women were interested in retraining. Twenty per cent had retrained in the last 12 months. 71% said they would be more likely to retrain if courses were more flexible.

The survey shows that in addition to losing women to self employment or other sectors, many are still failing to make the most of those who have taken a career break, despite the growing number of returner programmes.

Gillian Nissim, founder of workingmums.co.uk, said: “These figures show that women are having to be very creative after they have children in order to keep working and have the flexibility and get the challenge they need. Having children can force a huge rethink in priorities which can lead to considerations around career change, but too often the reason women make these changes is because the culture at their previous workplace does not take into account the challenges they face. It is not that these women do not want to work and most have years of experience and skills. The ironic thing is that in being creative and adaptable they are developing the very skills that employers so need to confront the turbulent and dynamic world of work today.” 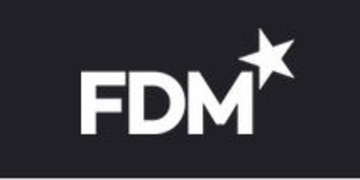 Women were more likely to have overseen homeschooling than men during the latest lockdown,...read more

Over half of pregnant women working outside the home do not feel safe during Covid,...read more

#JobOfTheDay #MarketingJobs #Homeworkingjobs Digital Marketing Manager job with Not For Profit People This role can… https://t.co/ETYSTgazlu

@WorkingMums
Fifty six per cent of #pregnant women working outside the home don’t feel safe, according to a new survey. #COVID… https://t.co/olcm5vsmrO

Previous post
These boots weren't made for walking
Next post
Cheeky Chompers: from ante-natal classes to successful SME