Flexible working: Almost half of staff want to work from home full time

A survey shows many employees favour working from home. Plus more news.

Next post
Working Families and NCT need your help

Forty-six per cent of workers would prefer to work from home full time, according to a survey.

The survey of 1,000 office workers by travel company Cruise 118 found that a further 80% would prefer to work at least some of the time from home and only a fifth wanted to work full time in the office. Research shows that 12% of workers now work full time from home, mostly on a self-employed basis, but Cruise 118 predicts this will rise rapidly.

The Conservatives pledged to support flexible working at their annual conference. Theresa May, shadow women’s minister, told a meeting at the Conservative Party conference that flexible working was not a “woolly liberal politically correct policy thought up by a focus group”, but something that helped not only working mothers, but also pensioners who had to work to make their pensions go further and young people who might want to work later into the night and now had the technology to do so.

The Conservatives have stated that they want to raise the right to request flexible working to parents of children under 18.

May also stated that the Conservatives would seek to introduce a private member’s bill in November aimed at strengthening the law against pay discrimination.

The European Commission has unveiled plans to extend paid maternity leave in Europe from 14 to 18 weeks.

This will not impact on Britain which, at 26 weeks, has one of the best paid maternity leave packages in the EU. The EU also plans to extend measures to ensure employers can’t dismiss new mothers. This would allow women who  have been dismissed within six months of returning to work the right to have the reasons given to them in writing by their employer.

Flexible working is the top perk most staff want, according to a survey.

The survey of 1,200 employees by Accor Services found 37% wanted flexible working options as their key benefit or reward, with 34% opting for healthcare cover and 26% wanting a flexible benefits programme.

The same survey shows that flexible working options and healthcare are the two perks most commonly offered by employers.

The Fawcett Society launches an advertising campaign against discrimination in the workplace.

Over the next month London Underground stations will display posters emblazoned with the slogan, ‘Sexism at work: it’s just below the surface’. The initiative aims to highlight the Society’s work to lobby against pay discrimination and other forms of sexism in the workplace. 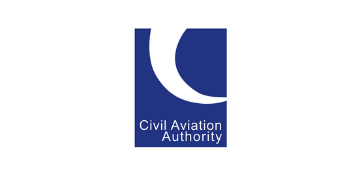 What is cyber security? Cyber security is a term that describes any activity that’s...read more

Top Employer @networkrail talk to us about their D&I strategy, including how they are removing barriers for #women… https://t.co/E7DScFdHBu

@WorkingMums
If you are threatened with #redundancy when you are #pregnant or on #maternity leave, you need to be aware of your… https://t.co/TxfjiGY8DI

Why homeworking might not be great for everyone’s mental health

Mental health advocate Heather Beach says employers need to be aware about the impact of social isolation on workers who continue to work remotely... read more