Am I entitled to SMP if I leave the country? A woman who is “absent from Great Britain for any purpose” will be treated as an employee if she is “gainfully employed” by an employer who is liable to pay secondary Class 1 NI contributions in respect of her. There is a further provision in the Regulations whereby a person working in an EU member state other than the UK who would have been treated as an employee had she been working in Great Britain will be so treated if she is deemed to be subject to UK social security legislation by virtue of EU Council Regulation No. 1408/71 (which is a measure designed to secure the social security rights of workers moving within the European Union). Since the repeal of Regulation 9 of the 1987 Regulations in April 1996, women who travel abroad during maternity leave will continue to be eligible for SMP.

However, what is unknown at this stage is what impact Brexit will have on this situation and we can only advise on the law as it currently stands.

Entitlement to SMP is based on the employee meeting the following criteria.

·         Being continuously employed for at least 26 weeks by the end of the qualifying week, which is the 15th week before the expected week of childbirth (EWC).

·         Having normal weekly earnings of not less than the lower earnings limit for national insurance purposes.

·         Still being pregnant 11 weeks before the start of the expected week of the EWC or have already given birth.

·         Giving the employer at least 28 days’ notice of the date that it is  intended that the SMP should start.

·         Supplying a certificate (usually a MatB1) from a midwife or doctor, confirming the date of the expected week of confinement.

·         Having ceased work at the point when your statutory maternity pay is to commence.

As the law currently stands, when an employee has satisfied those criteria, she becomes entitled to be paid SMP by her employer and SMP remains payable if the employment is terminated for any reason, including in circumstances where the employee is no longer entitled to work in the UK, although it is not clear whether this is on the condition that the employee remains living in the UK.

However, given the uncertainty created by Brexit, we would recommend that you engage proper legal advice before your upcoming proposed move and before your maternity leave. 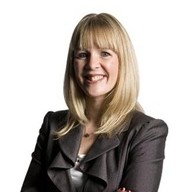 Staying in the black emotionally

With mental health a huge issue in lockdown, small, everyday gestures that boost it are an...read more