Back to work in IT

Next’s six-month Back to IT programme is in its third year and last year’s recruits are all still with the business.

Are you an IT professional who has taken time out of their career and is struggling to get back to work? If so, retailer Next is looking to encourage applications for its returners programme.

Next is looking to recruit mid to senior-level systems engineers, developers, testers and experts in online security to its six-month programme with the view to hire people permanently. Jobs will be based in Next’s 850-strong IT team in Leicester, Doncaster or South Elmsall.

Part of the reason for running the programme is the ongoing skills shortage in IT across the UK. Katie McCormack, who is in charge of the Back to IT scheme, says there are over a hundred IT vacancies at Next at any given time due also to the growth of the business, including online expansion. “We are always looking at other ways the business can attract talent,” she states.

Back to work in IT

Next set up the programme because it was aware there were people who were not in the workforce who had the skills they were looking for and that they faced particular challenges getting back to work. It is also a good way to get more women into the business in STEM-related roles. Next has more women in IT than other businesses, but Katie says they still realise there is more to be done to get a better gender balance.

The returner programme is designed for IT professionals who have been out of the workplace for more than two years and want to return. They can be men or women, although Katie says most of the applications they receive are from women. Salaries range from £22,720 – £50,268 dependant on experience and role.

This year is the third year for the programme which starts in April. Last year six people came on the programme and all six are still with Next. They were recruited before the March 2020 lockdown via telephone calls and group exercises and presentations at an assessment centre. This year’s programme will have to be done online so there will be no group task, but Katie says the cohort will still come together and share experiences.

The recruitment process is tailored to returners. Managers who interview for the programme are encouraged, for instance, not to talk about applicants’ current knowledge, but to focus more on previous experience and interests. Katie says managers realise confidence may be low, particularly in a fast-moving sector such as IT, and returners may feel worried their skills are out of date. In fact, she says, because things are changing so fast everyone is having to learn new systems all the time and it is skills like adaptability and willingness to learn that are important in addition to previous experience. The interviews are conversational and focus on skills, including those gained during the career gap period. “We don’t want anyone to feel uncomfortable,” says Katie.

After completing the returner programme, which involves six months working on a live project and support from an internal mentor as well as an external mentor from Women Returners, returners are often offered a permanent position.

Katie says Next is careful to match people up to positions which are likely to result in permanent positions. Next offers flexible working, including compressed hours and part-time roles, depending on the role. While most people in the IT department are working remotely at the moment and some roles will be open to hybrid working, one or two days in the office is likely after the pandemic. Of course, some roles, such as systems engineering roles, are more site-based. Next also has an on-site nursery at its head office in Leicester and offers coaching support for women returning from maternity leave.

As more and more retail business moves online – and Covid has accelerated this process – there is more call for IT roles, for instance, those around security issues. Katie says Next is keen to encourage more women in security roles and is looking to partner with universities to boost applications for cybersecurity roles. “The returner programme has been a big success and we hope that it will run annually,” she says.

*The closing date for applications is 28th February. For more information, click here. 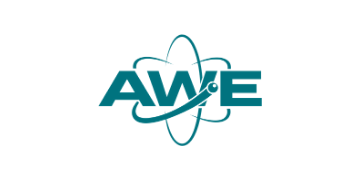 Will hybrid working be a positive for women? Like most things these days, it's impossible...read more

ATS is a word that is continually used across the job market at the moment and there are a...read more

@WorkingMums
Has #remoteworking been good or bad for women? https://t.co/MiBq7RUbsU

@WorkingMums
RT @WorkMumOnTheRun: Professor Clare Kelliher: "If some remote working becomes enforced, rather than chosen by employees, it is likely that…