A survey by the BBC of 50 of the leading employers shows the majority will not return full time to the office after Covid.

Almost all of 50 of the UK’s biggest employers questioned by the BBC say they do not plan to bring staff back to the office full time.

Some 43 of the companies said they would embrace a mix of home and office working, with staff encouraged to work from home two to three days a week. Organisations cited “smart working” and “flexibility” as reasons for introducing hybrid working and many suggested that workers would be able to make their own choices about how often they come in to the office.

Danny Harmer, chief people officer at insurance giant Aviva, said 95% of its workers said they would like to be able to spend some of their time working flexibly and remotely in different locations. Mark Read, chief executive of advertising firm WPP,  said there would be no return to the pre-Covid ways of working, but added that any changes would require careful planning and consideration about use of office space. Only a few of the companies surveyed by the BBC have been shutting offices, however, with some saying they will wait until leases run out.

Meanwhile, KPMG has told its 16,000 UK staff that they can take two and a half hours off each week until the end of August to help them to “re-energise” after enduring stressful working conditions during the pandemic. Employees will also get an extra day off on June 21st when Covid restrictions are lifted in the UK. The firm told staff that they will move to a ‘four-day fortnight’ –  four days in the office [which doesn’t have to be for the whole day] spread over a fortnight, with the rest spent at home or at client sites.  The move, which begins in June as part of a shift to permanent flexible working, see time in the office spent on collective tasks such as collaboration, problem solving, project planning, innovation and training. 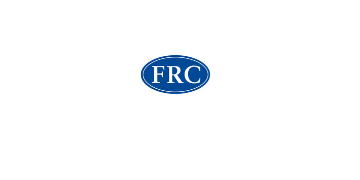 How to support disability at work

Disabilities can come in many different forms, some clearly visible but many also hidden...read more

Pay rises for some, but a cut for many

The Working Families Index shows evidence of a divide between high earning desk-based parents and others when it comes to flexible working, with fears... read more

Progress is being made on showing that part-time workers can progress to senior roles, but bias still continues, as a Timewise poll for the launch of... read more