Being a woman in the hospitality industry

There has been a 17% drop in the total number of chefs reported to be working in the UK over the last year, according to analysis by The Change Group, which recruits for the hospitality sector. It adds that ONS data indicates that the number of people working in hospitality overall fell by 6%.

Its analysis shows women took the brunt of the decline, with the estimated number of female chefs falling by 39% during the period, and the number of male chefs by 10%. This means that women are estimated to represent less than one in five (17%) of chefs working in the UK.

Front of house, the numbers of waiters and waitresses has declined slightly, by just over 5%, while the number of bar staff has increased by around 11%. Women still dominate front of house roles and bar roles, with just over three in five positions being filled by female employees, according to the analysis.

Craig Allen, founder and director of The Change Group, said that skills shortages were part of the reason for the increase in women in management in addition to a growth in all day concepts [breakfast/brunch and lunch services] and he said front of house roles could be fairly flexible.

He added: “The decline in the number of female chefs is disappointing as many employers are trying to make the kitchen a friendlier working environment, for men as well as women. Many are reducing their hours and the number of days they open, or adapting the rota to ensure their staff get a better work life balance.

“For the most part, however, it is a career characterised by long anti-social hours and most kitchen jobs don’t offer much flexibility. Chef jobs often require working off a rota which means Five days on, two days off, so there is a less set structure. It can also appear to be a very male dominated industry. There are a growing number of high profile female chefs who are helping change perceptions, however, more needs to be done to encourage more women to consider a career as a chef.”

Workingmums.co.uk spoke to leading chef Sabrina Gidda about her career and about being a woman in the hospitality industry.

workingmums.co.uk: How did you get into the industry?

Sabrina Gidda: It really was by accident. I got a part-time job whilst doing my Fashion PR & Marketing degree. I was very lucky to have that lightbulb moment  where I realised it was all about food.

WM: Did you always love cooking?

SG: I was cooking from a very young age – and always in the kitchen watching what my mum was doing. I would pour through the cookbooks we had in the house repeatedly. I must add my love of cooking was matched with a love of eating too. Food was always great at home!

WM: Why did you not consider a career as a chef initially?

SG: I think it wasn’t really on my radar as a career choice because I didn’t really consider cooking professionally until this particular lightbulb moment. I was so sure I wanted to pursue my Fashion PR & Marketing – and then this magical moment happened where I realised that I loved cooking, I could do it professionally, and more than that – I wanted to, and nothing would stop me.

WM: Have you had to work all hours?

SG: Having had no formal training, I felt a real sense of needing to prove myself. That I could work harder, longer, faster and keep up with everyone else. So naturally the hours mounted, but that was really me pushing myself to do them, rather than being forced to. I remember working in a tiny open pub kitchen, and it just wasn’t big enough to manage how busy we were. On a Sunday morning I would get in at 5am and start doing the Sunday lunch prep just so we would be ready. It’s quite remarkable when I think about it now. I was always so determined to make it.

WM: What do you think puts women off becoming a chef?

SG: I think historically there have been many things that have been unappealing. Not just as a chef, but also in the whole of the hospitality industry. It does require juggling and balance, but it’s also about timing and how you choose to approach your work. I am very lucky to do something I love – so it’s not just a ‘job’.

WM: Have you seen any changes happening in pockets of the industry to improve things?

SG: There have been tremendous developments for the hospitality industry – and a real sense of value of employees. When you find these amazing people, you have to look after them. As employers we must make sure we nurture talent, and create balance – our industry cannot be sustained by working people to the bone and making them fall out of love with their talent.

WM: What do you think works?

SG: For me management has much to do with this. I feel I have an opportunity to do something differently – because I carved out my own journey here. I think people with a shared vision tend to naturally work better together – so team play is essential in every capacity. We all get tired, we can make mistakes –  but it is about doing your absolute best every single day and knowing you are pushing yourself, not just being pushed.

WM: How can more women be encouraged in? Are job shares a possibility? Are there any other ways of tackling the barriers women face, given they still tend to be the primary carer?

SG: I think this is all about conversation and communication. I think there is always a struggle with work-life balance, irrespective of industry, for men and women alike. There have been some incredibly brave, bold and inspiring women who have built very successful businesses in and amongst all sorts of adversity. They are truly inspirational.

WM: What is your current job and is this an environment in which discussions on these issues can bring change?

SG: I am currently Exec Chef of Allbright – a Women’s Club that celebrates women in many ways. This can be seen in our events programming and our Academy that helps young female entrepreneurs reach people who might help them along the way. The Club is designed to be a great dynamic place where you can follow your own journey of wellbeing, from fitness to business talks, networking and relaxation. We host some incredibly engaging, sometimes controversial panel talks – and I think it is quite special to have an environment where women feel comfortable to say how they feel freely. 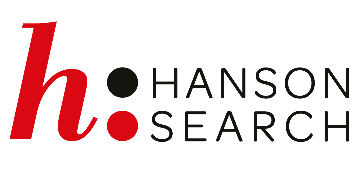 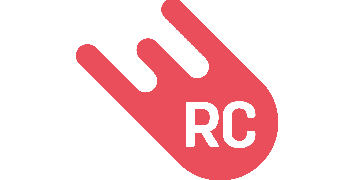 The Equality and Human Rights Commission has announced that it is suspending enforcement...read more

WM People launched to improve the world of work

WM People brings together workingmums.co.uk, workingdads.co.uk and workingwise.co.uk under one group that will promote better work for all. read more

workingmums.co.uk has awarded its 2021 Top Employer Awards which recognise employers who have gone above and beyond during the pandemic. read more

Unilever commits to extending the living wage throughout its supply chain and to piloting new ways of working that offer flexibility and security. read more