Boys and dressing up

Next post
Call for action on gender pension gap

It’s Egypt Day at school next week. Only son has to go dressed as an ancient Egyptian. I’ve been scouring all our clothes for something ancient-Egyptian-esque. The letter from teachers specified white top and shorts and a sash. I was thinking of getting only son to make a headdress and going heavy on the kohl.

So I switched my phone on on Tuesday and found 23 messages on the whatsapp group for parents [mums] in our class. They were more or less all from the mums of boys. Not one of them was going to wear more than shorts [England football shorts] and a white shirt.

So should I put only son in a headdress and risk him being laughed at? Only son hates being laughed at more than anything in the world. He refused to be Steve the Donkey in the Christmas play because people were laughing at him. This was because Steve was the funny sidekick character. He got very upset and cried in year one because a bunch of boys were laughing at his hair. He has given up dance due to year 5 boys laughing at him for being one of only two boys in the group [the other boy is his best friend and he has given up too].  And he has embraced blue like there is no tomorrow. Even when I was pregnant I was told by a mother that boy babies don’t wear yellow and they don’t have cuddly ducks on their pjs or wear babygros that say ‘hug me’.

What do you do? Play safe and conform to the ‘boy’ stereotype or force your child into some sort of social experiment, fighting against ridiculous male stereotypes that result in big problems – for women and men – later down the line? I’m not sure. I’ve seen the results of the no hugs, don’t cry, don’t stand out, pack mentality and not just in terms of discrimination or harassment or attacks. Difficulties dealing with emotion due to a lifelong suppression of vulnerability have a huge impact on relationships, damaging the person involved and all those who come into their pathway.

Just as we dissect and challenge stereotypes about girls – about the jobs they can do, about feeling they have to be caked in make-up to be “empowered”, about being life’s primary carers – so too we should challenge those about boys. Yet often anything related to boys and stereotypes seems to somehow slip below the radar. This is where more equal parenting could make a difference and could help change the conversation around boys, to allow children to do more everyday stuff with their dads, to see their dads as carers among all the other things that make them human…

Attitudes to dressing up may seem insignificant, but they are part of a process that limits boys. So even if we do go for the white shorts and t-shirt look, we need to interrogate why dressing up – except in football gear – is not supposedly a ‘boy’ thing.

Meanwhile, daughter two has helpfully suggested getting only son into the full Cleopatra clobber to “give him a great anecdote for when he’s on Graham Norton”. 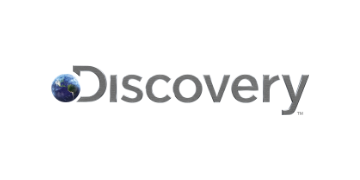 There's a lot of speculation about what the office will look like in the new post-Covid...read more

What do the delays in the Employment Tribunal system mean for me?

Delays to cases in the Employment Tribunal have been significant since 2017 when fees were...read more

Call for action on women and work

The All-Party Parliamentary Group on Women and Work's launch event for its report on women and work heard from several campaigners and MPs. read more

New ONS statistics show women were more likely to have homeschooled their children than men in the latest lockdown. read more

Scotland confirms date for partial return to school and childcare

The Scottish Government has confirmed a partial return to school and childcare from 22nd February while Northern Ireland has also announced a partial... read more