A new report highlights how insecure work means many women are losing out on basic maternity rights.

The Government needs to recognise the gendered impact of insecure work and take action to reverse its growth which is having a harsh impact on mothers in the workplace who are often missing out on basic maternity rights, according to a new report.

The report from Maternity Action, supported by the University and College Union (UCU) and UNISON, is based on interviews with pregnant women and new mothers in casualised work.

It points out that many women on zero hours contracts do not have employee status and are classified as ‘workers’ or ‘self-employed’ – often incorrectly. The report says employment status is important because it dictates a woman’s entitlement to a number of key maternity and parental rights. It states: “Those in insecure employment find that their rights can be greatly diminished, detrimentally impacting their entitlements to maternity and parental pay and leave, health and safety protection, time off for antenatal appointments and rights to return to work.” Also mentioned is that Brexit may worsen the situation around employment rights.

The report also highlights fears that hours will be reduced or extensions to fixed term contracts not given when they announce their pregnancy and that once they were ready to return to work after having their baby there would be no work on offer. A reduction in hours of work can lead to a woman losing her entitlement to Statutory Maternity Pay and even missing out on the safety net that Maternity Allowance is meant to provide. Their lack of employment rights means they often feel unable to challenge their employer over concerns about reductions in hours or problems such as health and safety risks in the workplace. Many found it hard to access information about their employment rights. There was also huge stress associated with childcare and changes in hours.

During Covid, the report says many pregnant women in insecure work were incorrectly sent home on Statutory Sick Pay or unpaid leave which affected their entitlement to maternity pay with many losing a right to Statutory Maternity Pay entirely. Their employer should carry out a risk assessment, offer them alternative work if available and risk has been identified or send them home on full pay if there is no alternative safe role. Those claiming Universal Credit have also found that any entitlement to Maternity Allowance “is deducted pound for pound”. The childcare problems associated with the pandemic have added extra stress.

Other recommendations cover maternity pay and Covid. There are calls for Maternity Allowance to be classed as earnings as for SMP,  for an extension in the qualifying period for SMP for those on insecure contracts which are very variable, for changes to the furlough scheme to allow employers to get 100% of pay for women over 28 weeks pregnant who are suspended on full pay due to Covid-related health risks, the extension of tribunal time limits for pregnant women and those on maternity leave, for strengthened maternity protections and for a new more equitable system of parental leave based on individual rights for each parent.

Maternity Action has developed a new model “An Equal Endeavour” which consists of six months maternity leave, two weeks birth leave for the father or partner and an individual, non-transferable entitlement of six months parental leave for each parent. For each of these periods, it envisages that statutory pay would be available to parents in regular and insecure employment, including self employment.

Ros Bragg, Director of Maternity Action said the increasing use of insecure contracts in recent years has “profoundly disadvantaged pregnant women and new mothers” because of the impact on basic maternity rights.

She said: “Women should not be forced to choose between unsafe working conditions and no work. But that is the reality for many pregnant women in agency work or zero hours contracts. Many women are not entitled to sick pay and have not been considered for furlough during the pandemic.

“Women on short term and precarious contracts are at the mercy of their employers for ongoing employment, and are fearful of losing work if they challenge discrimination or unfair practices.”

UCU general secretary Jo Grady added: ‘’This report lays bare the heavy price that women pay in a world where employment is increasingly insecure. Too many women working in colleges and universities are stuck in a cycle of short-term contracts or hourly-paid work which leaves them financially vulnerable and unable to plan effectively for the future – a situation which the pandemic has only made more acute.

“Addressing this problem will require a concerted effort from the government and employers to reduce the use of insecure contracts, improve gender pay gap reporting and provide stronger safeguards for new and expectant mothers against redundancy and other attacks on their terms and conditions. It’s time for the further and higher education sectors to set an example on this and stamp out casual contracts which only serve to entrench inequality amongst education staff.”

At the launch event for the report, Josie Bird, president of UNISON, said she was shocked to find out that pregnancy and maternity cases constituted the largest number of potential claims the union was dealing with.

Jo Grady added that TUC research showed one in four pregnant women had faced discrimination since Covid, with insecure contracts masking discriminatory practices. Discrimination was exacerbated if women had disabilities or were Black or from ethnic minority backgrounds, she said. BAME women represented 55% of pregnant women who had been hospitalised due to Covid.

Grady added that she feared Covid would worsen women’s work situation, forcing them to choose between losing their jobs or putting their health and safety at risk and that decades of progress on gender equality could be reversed. The TUC wants to see a ban on zero hours contracts, a day one right to flexible working, tougher enforcement of health and safety for pregnant women, more clarity on what is expected of employers with regard to health and safety in pregnancy and rights parity between insecure and other workers. Grady said it seemed to be no coincidence that insecure contracts predominated in sectors where women dominate the workforce. 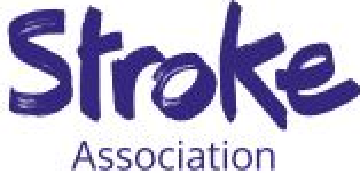 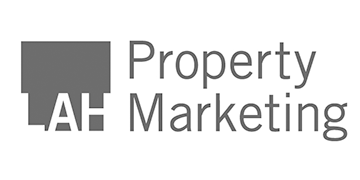 Going one step further to support working parents during Covid

With their children having now returned to face to face schooling, many working parents...read more

Back to the office: from Covid safety to vaccine passports

Following the implementation of a national lockdown in England on 4th January 2021, most...read more

@Guidant_Global talks about how it mobilised its staff to help #workingparents when schools were closed and how tha… https://t.co/NrMZOOQhV3

@WorkingMums
@ACLFKaren Karen Holden from A City Law Firm advises on the legal rights around a safe return to work, with partic… https://t.co/9MhNE7Et2q

@WorkingMums
@asda has lost the first round of an equal pay case at the Supreme Court, with the Court ruling that warehouse and… https://t.co/O2whO7fzWA