Call for gender pay action plans to be mandatory

It should be mandatory for employers to publish their action plans for dealing with the gender pay gap, according to a report from the Equality and Human Rights Commission, which finds only a fifth have done so.

Currently the publication of action plans is not mandatory,  but the EHRC says it is essential that these plans are published if a business wants to demonstrate a real commitment to reducing the gap.

It has carried out an analysis of employers’ gender pay gap action plans to understand what they are doing to drive meaningful change and tackle inequalities facing women in the workplace. In addition to the minority of employers who do publish action plans, it found that only 11% had set themselves targets that would enable them to measure progress of their plans year on year, with larger ones more likely to have done so.

The report also makes several recommendations for what to include in a good action plan, such as:

Rebecca Hilsenrath, Chief Executive of the Equality and Human Rights Commission, said: “Earlier this year gender pay gap reporting shone a light on some of the issues women face when accessing, progressing and staying within the workplace. As we head towards the second year of reporting, the attention now needs to shift towards employers who must play their part in reducing the gap, starting with publicly setting out how they intend to address it in their organisation.

“Specific and time bound action plans can do more than just identify the barriers holding women back in the workplace, they can help to create an environment where female employees can flourish, as well as demonstrate to employees, customers and shareholders a commitment to improving working practices, and can enhance the organisation’s reputation.

“As the body responsible for enforcing the gender pay gap regulations, we’d like to see them go further and are calling for the government to make the publication of action plans mandatory, so that reporting can drive meaningful change.” 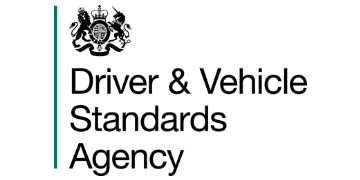 A meeting this week heard that Diversity & Inclusion needs to be central to business development and adequately rewarded, with one speaker saying... read more

Why the stories of Black mothers matter

WM People launched to improve the world of work

WM People brings together workingmums.co.uk, workingdads.co.uk and workingwise.co.uk under one group that will promote better work for all. read more