The All-Party Parliamentary Group on Women and Work heard this week about the impact of COVID-19 on women.

Next post
61% of women struggling emotionally due to COVID-19

The Government should do an equality impact assessment to understand how COVID-19 affects women in the workplace and should strengthen the right to furlough if no safe childcare is available, the All-Party Parliamentary Group on Women and Work heard this week.

Janet Veitch from the Women’s Budget Group also called on the Equality and Human Rights Commission to “actively enforce” any equality assessment and for flexible working to be the default mode, with the onus being put on employers to show, for instance, that home working is not possible.

Veitch said there were big concerns about childcare availability and return to work which were likely to affect women disproportionately. It was being left to women to solve these issues individually, she said. However, she stated: “If the care economy is not working the economy will not work.”

She called on the Government to invest in care – both childcare and social care, given the crisis in care homes could result in a need for more unpaid care. She also called on the Government to strengthen its guidance on whether parents can be furloughed if they have no available safe childcare. A recent Women’s Budget Group document says: “Parents and carers need a guarantee they can rely on the [furlough scheme] if inadequate childcare prevents them from returning to work including the right to be furloughed.”

Veitch said the pandemic was very gendered: two thirds of deaths were of men, with those in lower incomes most affected, but women were more affected economically, being less likely to be able to work from home and were more likely to be on the frontline in care and health jobs.

Sue Coe from the TUC talked about BAME women’s fears about their higher risk of death from COVID-19 and around raising safety issues. She said even when they did their complaints were often ignored and called for the EHRC to investigate.

Joeli Brierley from Pregnant Then Screwed spoke about how pregnant workers were being put in danger in frontline jobs or being suspended on incorrect terms – often on sick pay or unpaid leave. Five pregnant women had died of COVID-19, all of them women of colour. BAME women who were pregnant were four times more likely to be hospitalised and more likely to be put in unsafe situations at work, she said. She called for a communications campaign to provide clearer guidance on pregnant women’s legal rights during the pandemic, making it clear that if they cannot work from home and social distance at work they should be suspended on full pay and said BAME pregnant women should be shielded.

Brierley also raised the issue of how lower income on maternity leave affected how self-employed women’s income was calculated for the purposes of the self-employed income protection scheme and how that also affected their access to early years funding for childcare. In addition, she warned of the potential long-term impact of the pandemic, including the potential for increased discrimination against pregnant women and mothers and said legislation needed to be reformed to increase the amount of time pregnant women and those on maternity leave had to take out a claim at the employment tribunal.

Other points raised in the webinar included a call for employers to be made to report redundancies by gender, for the government’s exit strategy to be revisited with a view to looking at the “gaping hole” around childcare, for reporting on the gender pay gap to be reinstated as soon as possible and for promotion of the use of part-time furlough. 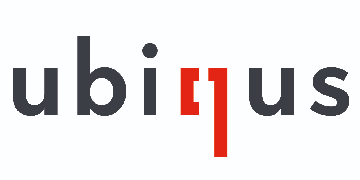 Head of Resident Involvement and Accountability

I read some research from France this week about women working through the night over the...read more

Can my employer be obliged to widen the redundancy pool?

I understand that you have  been placed in the selection pool with 12 other people that...read more