The Government’s announcement of a review of IR35 tax legislation have been met with concerns from campaigners who fear that it does not go far enough.

Next post
Leading the way on premature baby leave

The Government has announced that it has launched a review of plans to roll-out controversial IR35 tax legislation to the private sector in April.

Since 2017, public sector employers have had to assess IR35 and determine whether contractors and freelancers should be taxed as full-time employees. The proposed reforms will bring the private sector in line with the public sector.

The Government says its review, which will run until mid-February, will “address any concerns from businesses and affected individuals about how they will be implemented”.

It adds that the review will also assess whether any additional support is needed to ensure that the self-employed are not affected.

The move comes amid criticism of the complex legislation from MPs and campaigners and fears employers may opt to dispense with contractors rather than face potential legal action over their employment status.

Andy Chamberlain, Deputy Director of Policy at IPSE, said: “Such a limited review would leave the freelance sector floundering. Right now, across the sector, contractors and freelancers are panicking at the prospect of these disastrous changes.

“Major businesses, including most of the large banks, have already announced they will no longer engage contractors out of fear they will fall foul of the notoriously complex legislation.

“Even before the new rules take effect, they are precipitating a crisis among the self-employed. The Government must urgently reconsider.”

Other groups also called for a delay to the roll-out. Mike Cherry, chairman of the Federation of Small Businesses, said: “This important review presents an opportunity to reassess our flawed off-payroll legislation.” And Tej Parikh, chief economist at the Institute of Directors, stated: “It’s not immediately clear how any new steps to smooth the process could take effect in time for April. Firms and contractors have already been impaired by the looming deadline and lack of clarity around the rules.” 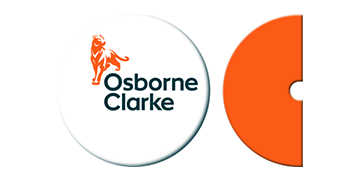 6 Reasons to Buy a Franchise During Tough Times

I've been considering offering our Total Guide to franchise opportunity on franchise...read more

It's not enough to clean our houses regularly but rather often - and the children can get...read more

Balancing #family #finances can be hard, but Marriage Allowance is an easy way to save up to £250 a year. Find out… https://t.co/OLiGZesJNU