A public sector pay freeze, except for some workers in the NHS, and funding to help the long-term unemployed into work were among announcement in this year’s Spending Review 2020.

Next post
Why reducing stress in pregnancy is vital

The Chancellor has announced a three-year £2.9 billion Restart scheme which he says will help more than one million long-term unemployed people in England and Wales find work.

The announcement, which forms part of the Plan for Jobs and will apply to people who have been out of work for more than a year, came in the Chancellor’s Spending Review. It will provide tailored support and comes in addition to extra spending to increase the number of work coaches and support for young people entering the jobs market for the first time, including the Kickstart Scheme.

The Chancellor said he expected unemployment to peak mid next year at a level of 7.5 per cent after the furlough scheme finishes at the end of March.

He also confirmed £519 million of funding in 2021-22 to support the continued delivery of Covid-19 loans, including paying for the 12-month interest free period on the BBLS and the CBILS, the freezing of the business rates multiplier in 2021-22 and funding for the expansion of the British Business Bank’s Start-Up Loans scheme, which he said would deliver an additional 1,000 loans to help catalyse new entrepreneurship in the economic recovery from Covid-19.

On skills and training, there was £375million of new funding to help adults build the skills they need to get into work, including funding for sector-based work academies and traineeships and for the National Careers Service as well as  £138million to fund in-demand technical courses for adults equivalent to A levels and expand the employer-led bootcamp training model which fall under the previously announced Lifetime Skills Guarantee.

The Chancellor also said there would be further funding available for training, apprenticeships and supporting industries with more flexible working patterns.

He said public sector wages would be frozen next year, except for some NHS workers, citing pay decreases in the private sector as justification. However, 2.1 million public sector workers earning less than £24,000 will receive a minimum £250 increase.

There was also an announcement of a 2.2% increase in the National Living Wage which will rise to £8.91 an hour for those over 23 from April. All other minimum wage rates are also to increase.

The Spending Review also covered areas such as Covid-related health spending and infrastructure investment, including a new infrastructure bank, to be headquartered in the north of England, and a new £4bn fund for “levelling up”, to which any local area can bid for the funding of local projects.

Joanne Frew, head of employment at DWF, said: “Focusing on medium to long-term strategies to help create and support jobs is of paramount importance when tackling unemployment.  Employers have faced an incredibly challenging period and as part of business contingency planning, they will need to familiarise themselves with the various employment support schemes on offer from the government.  Employers should carry out urgent reviews of labour supply across the workforce, to ensure business efficiency is maximised.” 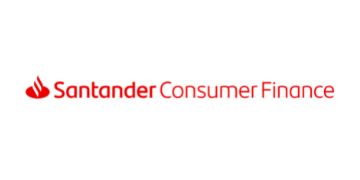