The Chancellor is expected to announce a new flexible apprenticeship scheme, open to people of all ages, in next week’s Budget.

The Chancellor is expected to announced an expansion of its Plan for Jobs through a new flexible apprenticeship scheme in next week’s Budget.

Rishi Sunak will say the new scheme will enable apprentices to work with a number of different employers in one sector.

The flexible apprenticeship scheme, which will be open to people of all ages, will involve Individuals being linked to an agency instead of a single employer. From July, employers will be able to bid for money from a £7m fund to create new agencies, with the first “flexi-job” apprenticeships expected to start in January 2022.

The Government says the scheme will be useful for industries with more flexible working patterns, such as the TV and film industry, who will be able to give apprentices greater experience across a wide range of productions.

The Chancellor is also expected to boost the cash incentives for businesses that give a job to an apprentice. Currently employers receive a cash incentive of £2,000 for each apprentice they hire aged 16-24, and £1,500 for those over the age of 25. From April 1st the incentive scheme will be simplified and made more generous with a £3,000 payment per hire, regardless of the apprentice’s age. The scheme will also be extended for an extra six months to the end of September.

The Government says more than 40,000 extra young people in England will also be able to benefit from a new £126m investment in traineeships, which are targeted at 16-24 year-olds who lack the skills, experience and confidence to start an apprenticeship or job. Traineeships last from six weeks to 12 months depending on need, and involve work experience, as well as English, Maths and digital skills training, to prepare young people for the world of work.

The Treasury also announced that a small number of jobcentres will trial the use of new job matching solutions, giving work coaches more ways to identify a person’s skills and match them with a wider range of jobs across different sectors. 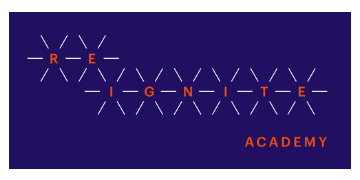 UNISON and Mencap have written jointly to the Prime Minister calling for immediate reform...read more

Why remote working has to be better supported

Earlier this week an ONS report came out, stating more or less what we already know - that...read more

It’s not enough to allow people to work remotely. The way remote workers are managed and included needs to change.… https://t.co/5qlhPLFevb