Brett Wigdortz worked for years with Teach First. His new mission is to transform childminding by giving childminders better support and raising their status.

Next post
'Impact of Covid-19 on BAME households is disproportionate'

The centrality of childcare for working parents has never been more highlighted than during the coronavirus pandemic. Many parents are trying to work around children and are exhausted. They dream of a return to normality, to nurseries and childminders, if not grandparents, given ongoing concerns about risk to certain groups. They are worried about threats to nurseries which are facing closure due to a lack of investment. It’s not just childcare for school hours that they need, but flexible childcare – help outside the 9 to 5, help with pick-ups and drop-offs and help in the holidays. Childminders have traditionally provided this kind of flexible care, but their numbers have been falling consistently over the last years.

But for Brett Wigdortz their time has come. He is the founder of Tiney, a childcare agency which trains up and supports childminders. Brett has a long background in education, having worked for Teach First for 15 years, which trains graduates up to work in the most disadvantaged schools. He says that during his time working with schools he realised that to give children the best start in life you need to begin as early as possible. “Really small children need quality care,” he says. “They need to understand the world around them, but not in a formal way. So many arrive at school not knowing how to play or communicate.”

He also knows that childcare workers are often badly paid in the UK despite the “hugely important” work they do. He is on a mission to raise the status of childcare workers and believes focusing on childminders is the easiest way to raise pay, given nurseries have to fork out for overheads, estate and maintenance.

Asked about the fall in childminder numbers,  he says he thinks the problems that have caused this are “fixable” through the provision of proper support, for instance, to negotiate government regulations and subsidies, to improve their skills on a continuous basis, to simplify processes and to overcome feelings of isolation. “We want to make it really easy for childminders so they can focus on what they do best. We create Tiney neighbourhoods so they have the support structure and continuous development they need. Childminding is a great job at the heart of the community, but it hasn’t been presented in the right way,” he says.

Before starting Tiney up, Brett spent six months talking to childminders and understanding the problems they face.  He works closely with Ofsted who he knows well from his Teach First days. New recruits fill in an online application and do a lot of their 50 hours training through an app, with just over a day spent on in-person training. They are given marketing material, a website, helped with insurance, DBS checks and ongoing training. Tiney employs a team of educators who update the app with quality learning material. “We treat people like professionals,” says Brett.

The first group of childminders started in October and were registered in January/February this year. So far 50 childminders are up and running while another 100 are in training with the process taking around eight weeks. Tiney hopes to have trained 250 by Christmas. “The demand is there – we have no trouble finding parents,” says Brett. More than half of the childminders recruited so far are parents of small children, including some dads. “They have experience of looking after children and are able to monetize that experience,” says Brett.

Childminders charge around £6.50 to £7 an hour per child and look after an average of three children. Tiney takes 10% of their earnings through its platform in return for its ongoing support and help with administrative issues, including dealing with Ofsted inspections.

Tiney is only operating within the M25 this year, but plans to expand across the country next year.

“Childminder numbers are going down, but it makes no sense because that is what parents want. There is a huge demand and there is no reason they should go down,” says Brett. 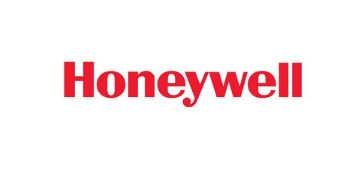 Can my employer change my hours and sack me if I can’t do them?

Your employment contract It is not clear whether you were initially on a 9am – 5pm...read more

Sarah Brindley is a train driver with @northernassist and says the #flexibility and #support her employer has given… https://t.co/e9osWTIkF7

Previous post
No 'New Deal' for women?
Next post
'Impact of Covid-19 on BAME households is disproportionate'

A new report from Coram Family and Childcare highlights how a recent withdrawal of Covid-related support for childcare providers could lead to more... read more

The Government has announced that it will revert to funding based on actual attendance at nurseries in January which providers say could mean the... read more

What can you do if the schools close?

Schools are approaching Christmas in many regions with year groups closing and reopening. How can parents manage? read more

Coronavirus schools shutdown: what do employees and employers need to know?

HR expert Kate Palmer from Peninsula UK advises on what parents can do if their schools are forced to close due to Covid-19. read more