The Government has confirmed that the number of formal complaints from parents experiencing technical issues with tax-free childcare has increased by 30% since last December.

Responding to a parliamentary question from Tulip Siddiq, chief secretary to the Treasury Elizabeth Truss confirmed that HMRC had received 4,560 complaints from parents who have experienced technical issues with the childcare service as of 31 October 2018.

In February, the Government said it had received 3,496 complaints as of 22 December 2017, but said it had made significant improvements to the service. A survey by workingmums.co.uk last year showed many parents struggling with registering on the website when it was first launched.

The latest figures come shortly after a recent technical glitch resulted in 22,000 childcare fee payments made to early years providers being delayed. HMRC says it has now fixed this glitch. Nursery World reported recently that just 7 per cent of eligible families are using Tax-Free Childcare and that there was a £600m underspend on the scheme.

Tax-free childcare enables eligible parents to get up to £500 every three months (£2,000 a year) for each of their children under 12 to help with the costs of Ofsted-registered childcare. Parents have to pay up front and claim back the money.

Neil Leitch, chief executive of the Alliance, said: “With childcare vouchers now closed to new applicants, it’s more important than ever that the tax-free childcare system functions properly – and yet, it’s clear that the technical issues facing the website are yet to be properly addressed.

“What’s more, while the government has focused on ensuring that parents experiencing difficulties are compensated, very little has been said about the impact on childcare providers, many of whom have experienced significant payment delays and spent disproportionate amounts of time trying to help parents navigate a fundamentally flawed system.

​”Enough is enough: HMRC needs to get a grip on this problem and ensure that the system underpinning one of its flagship policies actually works as it’s supposed to.”
​ 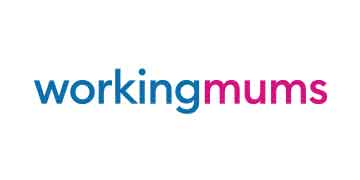 How to homework and homeschool and stay sane

How do you work from home with children around you? It’s a question many people are...read more

Homeschooling while homeworking: some ideas

Homeschooling while working is hard. We know that from the first time around, but even so...read more

The Government has promised measures for working families in the Queen's Speech with an Employment Bill which provides for neonatal leave, carer's... read more

How do we get more men to share childcare?

Does sharing childcare boost a couple's sex life and is that the way to get more men to do it? read more

Childcare: the options and how to pay for it

Are you looking for childcare? If so what are the choices available to you? And how can you bring the cost down? You may have heard that the... read more