Digital marketing is growing up and alongside this so are its staff. One company that is trying to reflect that in the policies and support it offers to staff is iCrossing which has recently won workingmums.co.uk’s Top Employer Award for larger SMEs in recognition of its policies and practice on family friendly working.

iCrossing is a digital marketing agency with 155 employees in the UK and offices in Brighton, London and Manchester.

Launched in 1997 from a home office as Spannerworks, it was acquired by US digital agency iCrossing in 2007 and became iCrossing UK. iCrossing was then bought by Hearst Corporation in 2010. Like much of the digital industry, it was fairly male dominated in its infancy. Now around 50%of its employees are female, with women accounting for over a third of their Senior Management Team.

While digital marketing can often have the reputation of being a fairly young industry, the number of employees who are parents has been slowly growing as it matures. One in four iCrossing staff are now parents, with this number growing year on year.

iCrossing has managed to boost its retention rates in the last three years – the number of employees who have stayed more than a year has increased from 68.1% in 2012 to 75.9% in 2014 – and Nina Garner, Learning and Development Specialist, puts this down in part to efforts to encourage women back from maternity leave.

In addition, wider initiatives have been launched to support staff of all ages and life stages and the company has invested in career progression and training.

She says: “This retains staff even before they start thinking about parenthood.” In addition, the company allows staff to work partially from home.

All members of staff are given a laptop and a 3G card to support working away from the office. “Our culture has been created by advocates at the top of the business; with over a third of our senior management team benefiting from flexible working methods.” She adds that it is important that senior leadership role-model this working practice “in order for it to become culturally ingrained”.

Garner says: “At iCrossing we understand the importance of a healthy work-life balance to pursue interests outside of work. Employees are happier, healthier and motivated to achieve their goals.”

She recognises that there can be challenges to encouraging a more flexible culture, the main ones being ensuring that when there are team events or organised training that the company is as accommodating as possible.

She says: “The key to this is lots of prior warning and effective communication so that there are no last minute surprises or situations that require team members to try to juggle responsibilities.

All new line managers get flexibility training as part of their new managers training. Line managers are encouraged to talk to their team on flexible options.” One factor which is vital for success is encouraging managers to trust their staff to get the job done.

When it comes specifically to new parents, iCrossing has developed a range of initiatives to support them. In addition to a generous enhanced maternity package to women of 12 weeks on full pay, pregnant mums are offered a meeting with HR to discuss how they want to manage their pregnancy in the workplace and also to check that they feel healthy enough to be in the office.

In this meeting they are given the option to tailor their working pattern to accommodate any pregnancy health issues they may have. This can include homeworking or a change of hours.

Advice on maternity pay, KIT days, returning to work, flexible working and how much communication they want while on leave is discussed.

The week before their planned final day of work women have a meeting with their line manager to review personal development and discuss any promotional opportunities in the pipeline and whether or not they would want to be considered for promotion whilst on maternity leave.

They are also asked if they would like to participate in any training activities whilst off on maternity leave. Garner says the purpose of this is to ensure that they don’t suffer any career detriment while they are on maternity leave. Most returning mums have a staggered return to work and several work flexibly.

Garner adds: “We are individually flexible to every new parent, not only mums returning.”

Other benefits offered to parents include Together Time. This started life as a lie in for children’s birthdays which enabled parents to come into work a couple of hours later on the birthday or leave a couple of hours early to attend a party.

It has since developed. Garner says: “We looked at the concept and realised that for our employees there were so many pulls on their time, children, partners, parents, grandparents and we value them all.

So three times a year any employee can request a couple of hours away from work to, for example, attend a Nativity play, attend an annual review for a child with Special Educational Needs, take a parent to the hospital, collect a grandparent from the airport or hold a partner’s hand at an appointment.

Our employees need not use up their annual leave to attend these important life events. They are things they value and we value our employees. It’s simple really. It is increasingly popular, particularly amongst parents.”

Over the last 18 months, iCrossing has also piloted a new buddy scheme called iParent. It provides mentors for team members who have a new baby or have recently adopted a child.

Mentors are experienced parents who share their experiences of juggling caring duties with work – including issues such as flexible working, sleepless nights and childcare.

So far, the scheme has been of equal benefit to new dads as new mums and half the mentor/mentee relationships formed so far have been between dads. One pairing resulted in a dad requesting the same ‘condensed hours’ flexible working pattern as their mentor.

Garner says: “We were happy to approve this request and see it as proof that our mentors really are finding workable solutions to assist our new dads.”

iParent has been rolled out under the banner iFamily in recognition that there are a huge amount of life events that employees at some time or other may need additional support with, for example, bereavement, chronic illness, diagnosis of Special Educational Needs.

Garner says iCrossing hopes mentoring relationships will be ongoing so people can share their experience and be a buddy at other times of change and difficulty.

She says the company realises that creating a culture that is supportive of families makes good business sense as the digital marketing industry continues to mature. 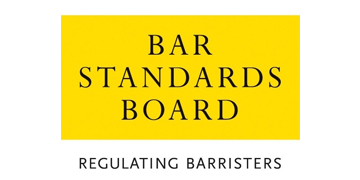 Employer refusing to allow me to fix my days

Unfortunately, you can only really go with what your contract states legally. You could...read more

Childcare to be exempt from new lockdown measures

The Health Secretary has announced that care arrangements - both formal and informal -...read more

We are currently running our https://t.co/jicjM5jlpM roundtable: Extended working lives - how employers can benefit… https://t.co/9nzZtxcnjm

@WorkingMums
Formal and informal #childcare will be exempt from local lockdown restrictions, the Health Secretary has announced… https://t.co/XYY7oCYw9F

Admin Jobs: How to get a great job in administration

New figures out last week show more people are switching professions and this is likely to increase in the coming months. Where do you begin? read more

How to write a great cover letter

CVGuru Emma Alkirwi has some expert advice on whether to use and what to put in a cover letter if you are applying for a new job. read more