Disadvantaged children most affected by threat of nursery closures

A new analysis from the Sutton Trust shows how nurseries in disadvantaged areas have fared worst in the coronavirus pandemic.

Childcare providers in the most disadvantaged areas are more likely to be under threat of closure following lockdown than those in more affluent areas, according to a study by the Sutton Trust.

As a result of this financial instability, many early years providers say that they may be forced to close permanently, with those in the most disadvantaged more unsure of their future than those in more affluent areas (34% compared to 24% in the least deprived areas), says the Trust. 69% of those in deprived areas expected to operate at a loss over the next six months and 42% anticipated making redundancies (compared to 29% in the most affluent areas).

The Trust says that, at the height of the pandemic in April, two-thirds of early years providers were closed to all children, including 79% of pre-schools, 59% of nurseries and 41% of childminders. Of those that were closed, two-thirds expected to be open again by June, with 20% expecting to still be shut and 15% uncertain about whether they would be able to.

In a separate poll of 604 parents in Britain of children aged two to four conducted by YouGov, the Sutton Trust found almost half (45%) of parents felt that their child’s social and emotional development and wellbeing had been negatively impacted by the lockdown, with those whose children were unable to attend their nursery or pre-school most likely to report this.

Among parents working from home without childcare, 65% reported feeling stressed, worried or overwhelmed by the education and childcare arrangements for their child. However, parents in middle class homes were more likely to have received online support from their nursery/preschool than working class parents (31% v 23%).

The Trust is making a series of recommendations to support the early years sector and ensure that the most disadvantaged children do not lose out as a result of the crisis.  At the heart of these is a package of financial assistance – worth £88m – in line with the support announced for schools in June, which would include:

The latest analysis comes alongside ‘Getting the Balance Right’, a new report by the Sutton Trust that examines recent government policy on early childhood education and care in England. It finds that the policy to provide working families with 30 hours free childcare is regressive, with the majority of the increased government funding supporting better off families and parents on benefits seeing little change to their incomes. It says those disadvantaged children who qualify for only the universal offer of 15 hours early education entitlement may fall behind their better off peers who receive a double dose of early education.

Sir Peter Lampl, founder and chairman of the Sutton Trust and chairman of the Education Endowment Foundation, said: “The first years of a child’s life are crucial for their development, both in terms of attainment and their social and emotional wellbeing. Access to high-quality early years education is key to this, particularly for children from disadvantaged backgrounds.

“The coronavirus crisis is having a devastating impact on the early years sector, with many nurseries and pre-schools facing closure. This will inevitably have a long-lasting impact on children’s early development. Parents will struggle to find a place for their child. This will affect their ability to go to work.

“Now is the time, when the world has been turned upside down, to prioritise support for children and families. Crucially the government must introduce a package of support to protect early years providers and enable them to stay solvent.” 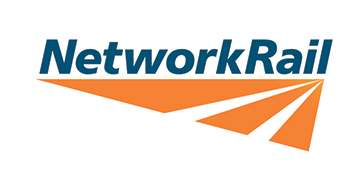 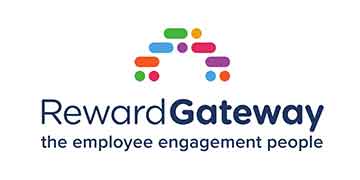 Leonie Huie is author of the forthcoming book The First Year is Survival: The Essential...read more

Labour has called on the Government to protect the rights of pregnant women during the...read more

@WorkingMums
RT @WorkingdadsUK: Next up in our series looking at working dads and lockdown it's @AvivaUK - winner of our Best for Dads title last year.…

@WorkingMums
RT @WorkingdadsUK: Look out for a new series of landmark think pieces from across the spectrum in the coming days and weeks as we grapple w…