Several events at London Tech Week saw discussions about the importance of diversity and inclusion.

Next post
A guide to nanny-shares for working parents

Diversity has been reduced to another tick box exercise and someone’s job description and is not tied to purpose or impact, a panel at London Tech Week heard last week.

Karima-Catherine Goundiam, CEO of B2BeeMatch, a tech business that aims to help SMEs scale, said that diversity should be central to business impact and purpose and that diversity is even more vital in an age of algorithms because algorithms are written by people.

Khyati Sunderam, CEO of Applied,  a behavioural science backed tool for predictive and fair hiring, said recruitment bias is a very personal issue for her as she has faced challenges getting a job despite all her years of experience. That made her doubt her abilities until she read some research and realised she was not the only person like her who was facing what she called endemic bias in the recruitment process.

She said companies should stop “wasting money” on unconscious bias training and focus more on structural approaches. “It does not do anything as we are humans and humans have biases. Nothing you do can change that. But we can build systems that guardrail against those biases,” she said.

Stuart Nicol from talent experts Experis UK agreed that employers need to drive the right behaviours to bring more diverse colleagues into higher levels of their organisation in order to have a better balance.

Not someone else’s problem

Another event at London Tech Week also discussed diversity and concluded that it is important that Artificial Intelligence doesn’t embed bias and heard that the greatest threat to diversity is the belief that it is someone else’s problem to solve.

Abi Mohamed, Early Stage Scaling Expert at Tech Nation, spoke of the need to encourage a more diverse range of talent into the tech industry and embed an inclusive culture. Ben Higgin, a partner and member of PwC’s UK Executive Board, spoke of PwC’s tech hub in Manchester and of the need to address the supply and demand problems in the industry, to create the right culture and to focus on local outreach through local community networks.

Nick Adams, Vice President of EMEA at Globalization Partners, felt that the tech industry needs to do a better job of selling itself, for instance, in terms of pay and flexible working. Others spoke of the higher levels of happiness in the tech industry as well as the increasing ability to be a digital nomad and travel while working.

Nick Hedderman, Senior Director, Modern Work Business Group at Microsoft UK, also addressed flexible culture, calling for a rethink of how work is done and how it has evolved over the last century since the 9 to 5 in the office model came about.  He added that  a company that tells people to work five days in the office risks losing talent.

Challenges to new ways of working

Panellists spoke of some of the challenges of different ways of work. Hedderman feels team ties have become stronger as a result of remote working during Covid, but that bonds with those outside of your team have got looser. There is a tension between how people want to work as individuals and working in a team. Others on the panel also recognised that getting the balance right is hard and depends on trust.

Higgin said it is about being thoughtful and purposeful about when you need people to be in the office and the need to create some social fabric. Some events will be face to face, he said, but that face to face has to be meaningful.

Hedderman also spoke about the visibility issue for remote workers. He said it was not new, but it boils down to leadership and managing people based on outcomes. He finds asynchronous working and ‘working out loud’ where people can see what everyone in their team is doing is very useful for managers. “I can see how the team is working together,” he said. “It’s a very different style of management than one based on hours.”

Mohamed agreed that it is more about quality than quantity. Nick Adams added that there need to be systems in place to address bias for remote workers. Higgin agreed and said that that again comes down to leadership being about nurturing talent and trusting people. Charlotte Ibbotson, director of talent at emerging talent and reskill training organisation Wiley Edge, said there had to be more recognition of managers’ role as people experts rather than subject experts.

There was a brief discussion of the growing popularity of the four-day week, with panellists saying it is up to each employer to work out what is right for it, but Higgin said a four-day week trial at least signals that companies are open to working in different ways. 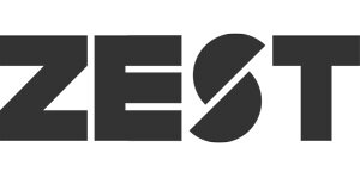 How one company is tackling domestic abuse – and why

Whether it has been 1 year or 20 years, @FDMGroup's Returners Programme is dedicated to supporting professionals, w… https://t.co/9j5uEIB3yL

@WorkingMums
Returning to work but worried about tailoring your CV to different jobs in different sectors? Emma Alkirwi… https://t.co/j0aKF16Nk0