Employers’ intentions to hire temporary agency workers have risen dramatically amidst pessimism about the economic outlook, according to the Recruitment & Employment Confederation’s April JobsOutlook report.

It shows employer intentions to hire agency workers in the short term is 10% higher in April than in March with medium term hiring up 9% on the previous month.

Employers’ confidence in economic prospects for the UK dropped by 3% in the last month to the lowest level since the JobsOutlook survey began measuring sentiment about the economy amongst Britain’s businesses. It has fallen by 57 percentage points since June 2016.

Their confidence in making hiring and investment decisions in their own businesses was significantly higher,  but is still in the negative and has fallen by 3% since last month.

Neil Carberry, chief executive of the Recruitment & Employment Confederation, said the figures on agency workers “suggest that many businesses are turning to agency work to help them navigate the unpredictability they currently face”. He added: “This might be driven by waiting to see whether permanent hiring is justified, or by using additional labour to meet demand rather than making big capital investments.”

He said the delay to Brexit has given firms breathing space and that anecdotes from recruiters suggest that the jobs market has improved in the past few weeks. However, he stressed that employers needed stability.

Skills shortages were a key them of the survey. Employers expressed concerns that there were enough agency workers with the skills they require, that they are ready to hire in areas where there are skills shortages and 80% said they had no spare workforce capacity so would need more staff if demand increased. Many were upskilling existing staff.

Almost half (46 per cent) of UK employers expressed concern about the availability of permanent-hire candidates, with a lack of engineering and technical and health and social care workers continuing to cause most concern. 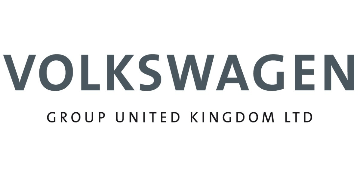 Over the course of 2020, Covid-19 has been transforming the world in ways that we cannot...read more

What will furlough mean?

For many furlough will have been a period of acute anxiety, waiting and hoping that it was...read more

A new survey shows half of businesses expect to make redundancies after the furlough scheme ends and another suggests significant levels of fraud in... read more

The Government has announced the detail of its contested quarantine plans which could affect those who wish to travel, but cannot work from home on... read more

A new report highlights the position of low paid workers, many of them carers, and calls for a new post-pandemic settlement to raise standards and... read more

workingmums.co.uk's annual Awards will be different this year - we will instead focus on the great work some employers have been doing in response to... read more