Remote working may face a backlash after Covid if employers do not adopt the right infrastructure and management training, according to a US expert.

Laurel Farrer, Founder of Distribute Consulting and the Remote Work Association, says she has seen employers move backwards on remote working in the past because they haven’t invested in the changes in processes and practice needed to support it.

She adds that lack of preparation and the kind of sudden, unexpected lifestyle change we have seen since Covid when many employers moved to remote working lead to the problems we are seeing such as zoom fatigue and mental health issues. “Some employers are not doing things the right way,” she says, adding that remote working in a pandemic is not comparable to normal remote working where people can go out and meet people. She says that a lot of the work she is doing now with employers is what she calls “repair work”.

Addressing criticism about the impact on city centres of the move to remote working, Laurel says that, while there are problems for urban centres due to the sudden, dramatic nature of the move to remote working, there are also big issues around hyperurbanisation that need addressing, including pollution, transport, waste challenges and rural poverty. Indeed Laurel’s company has spearheaded rural initiatives that aim to foreground how important remote working can be for rural economic development and reward companies that invest in remote working. This runs against the kind of approach suggested in a recent Deutsche Bank paper, where it was suggested that employers or employees pay a tax to work remotely to support commuter businesses.

“If remote working had grown organically, decentralisation in urban areas would have been more gradual and slow. Because it has happened so quickly in the last year people are seeing it as a problem and urban areas have not had time to heal themselves,” says Laurel.

Laurel, who is known as Mrs Remote, has been working remotely for 15 years, three years before she had her first child. However, she says that having children – she has two, aged 12 and eight, made her prioritise remote working.

She had always worked in operations management and in 2005 she was Vice President of a small business in the events industry which was looking to grow. The company needed to make some savings and hire new people.  They decided that, because no-one was really in the office over summer due to the nature of the work they were in, that they would close the office and work remotely. After four months they decided that they didn’t need an office and went 100% virtual.  Over the next years as she worked for other companies, Laurel made a point of negotiating remote working and teaching other employers how to do it effectively – as she says – “before it was cool”.

“Remote working was part of my negotiations for any new job,” she says. She did get turned down and recognises that it was a high-risk strategy, but says she was in a strong position as she was looking for very senior positions and companies were often approaching her for roles. She adds that she promoted her remote working experience as part of the additional value she could bring to any company, for instance, those looking to work internationally.  When she did get hired there was an increased sense of satisfaction: she had not only got the job, but managed to convince an employer of the value of remote working. “It was a high risk, but a high reward approach,” she says.

In the early days, technology was, of course, not as advanced as it is today. There were no Google documents or video calls, for instance. Laurel says: “What has changed overall in 15 years is remote workers’ ability to work very, very closely as a team rather than independently as we did in the past.”

Laurel’s consultancy works with many companies in the US and internationally and advises them on how to get the most from remote working. Before Covid, Laurel says she worked a lot with Government and business to convince them to think about supporting more remote working. “We were begging them to try it out,” she says. “Then Covid happened and in a week everyone was doing it. But with hypergrowth comes a lot of growing pains. Remote working is more successful if it has been properly planned. We now have the entire world going through change management with no preparation and missing a lot of information that they need to make it work.”

She thinks that, despite political pressures for a ‘swift return to the office’ after Covid – with UK Prime Minister anticipating this in a call to business leaders yesterday, employers will move more towards hybrid working in the aftermath of Covid due to employee demand, the need to use their real estate and fears about losing talent. She cites a survey showing up to 80% of employees who want to continue working remotely said that they would leave their company if they could not get the flexibility they desire.

She also anticipates that not many will move to 100% remote working since that requires a lot of time and preparation. Her company has been helping employers with change management so they can adapt to ‘the new normal’ of hybrid working and she says each will have different issues to address. That is why the company begins its work by doing a “virtual health analysis” to assess what needs to be done to prepare for hybrid or remote working. “For some it will be about compliance and information security, for others about management training and tools, for others it will be about building the digital structures they will need,” says Laurel.

She states that, while some employers may be worried that their competitors who have already announced remote working changes may be ahead of the game, many of these are only in the early stages of preparation and making the infrastructure changes they will need. “There is a lot of work to do,” she says. 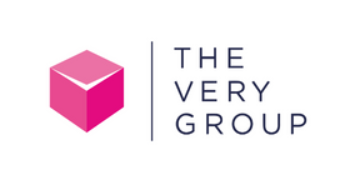 It feels like it's been 100 weeks, but half term is finally here [apologies to those in...read more

Women in the workplace: leadership and burnout

The latest Women in the Workplace report by McKinsey & Company and LeanIn.Org shows...read more

Looking to get back into the world of work? You need Return with Resilience - a free programme in #Scotland with co… https://t.co/QufPbgfCt8

@WorkingMums
The @FawcettSociety is launching a campaign to stop employers asking for people's salary history as part of the rec… https://t.co/pSr7hT7wHA

@WorkingMums
A new mum, this week has won over £50,000 after she dismissed during her #maternityleave. https://t.co/xtkY8qQzSr