Working Families calls on employers to be reasonable about what parents who have to work and teach their children can achieve over the next weeks now schools and nurseries are closed.

Working families campaigners are calling on employers to have sensible conversations with working parents about what level of work is possible given the closure of schools and nurseries due to COVID-19.

The Government announced this evening that schools and nurseries across the UK will close from Friday.

Charities for parents, including Working Families and the Coram Family and Childcare, called for employers to be understanding of parents having to both work and support their children’s learning in the next week.

Jane van Zyl, Chief Executive of Working Families, said: “Employers should continue to pay parents and carers as usual while they are working from home. Now’s the time for line managers to have sensible and understanding conversations with parents and carers of young children – particularly those working full-time – about what is needed, and what is and isn’t possible, over the coming weeks.”

She also called on the Government to support employers who can’t afford to continue to pay staff who are unable to work from home and to support parents and carers in insecure work, including the self-employed.

She added that self employed parents who can’t work due to their kids being at home or who aren’t being paid by their employer need changes to be made to the social security system so they continue to receive pay for their hours worked at national minimum wage replacement levels. For the self-employed and those working irregular hours she said this should be based on how much they work on average. And she said the Government should remind employers of parents’ and carers’ to emergency time off for dependants while schools are closed, which means they cannot be dismissed or treated unfavourably as a result.

Van Zyl said: “Since the virus emerged, we’ve seen an increasing number of employers adopt flexible working to mitigate the risks of spreading the illness.  We hope that this will help employers recognise the far-reaching benefits of flexible working – including increased productivity and engagement from staff – and that they will continue to embed flexible working into their business long after the coronavirus has run its course.”

Coram Family and Childcare also raised concerns about childcare providers’ finances. In the last week the Chancellor has outlined a number of measures aimed at supporting the retail, hospitality and leisure sectors. The childcare sector has been calling for a dedicated support package for the early years sector too to ensure that they are able to survive long term, given many have been struggling due to underfunding of ‘free’ childcare.

Claire Harding, Head of Coram Family and Childcare, said: “Most childcare providers ar​e small businesses, and they operate on very tight margins. If they don’t have any income, they will go out of business. We welcome Government’s commitment to continue free early education funding but this isn’t enough, as most settings also rely on parent fees. Government must protect them – so they’re able to start providing childcare again as soon as the closure period ends.” 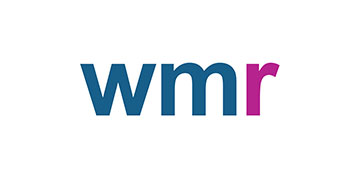 How to work at home effectively

Working from home tips Before we delve into our work from home best practices, it’s...read more

@WorkingMums
#Parents feel they are not getting enough information https://t.co/B9hL2X1dbe #coronavirus

@WorkingMums
Dr Lynda Shaw has some advice for employers on how they can support their employees’ #mentalhealth during the… https://t.co/PEI2YhkFjd

Working from home with our children

Social distancing is well under way and the schools are closed, which means that many of us are working from home with our children in the house. It's... read more

How to run an effective meeting

Have you ever been in a meeting that goes on too long, doesn’t get the results that were needed, or goes off on a tangent? Most of us have, and it... read more

When the guilt kicks in because you can’t get time off work for sports day, or you have to let the team in the office down AGAIN because your child... read more

How to be heard: a guide to doing business in an age of information overload

The age of information overload

Gay Flashman's new book gives entrepreneurs the tools to take control of their message and do their own story telling. read more