Facebook has joined other tech employers in saying some employees will be able to work from home permanently, as Germany announced a scheme to compensate parents whose work has been affected by childcare issues.

During a live-streamed staff meeting, Mark Zuckerberg, Facebook’s chief executive, estimated that as many as half of the company’s 45,000 employees would work from home within a decade and that the firm is looking to “aggressively” hire remote workers, starting with US engineers.

As many as 95% of Facebook staff are reported to have been working from home during the pandemic, with half feeling that they were as productive as they were in the office. Trainees, along with staff working in hardware, policy, sales, HR and legal affairs are still expected to report to the office. Zuckerberg said: “We’re going to be the most forward-leaning company on remote work at our scale.” He added: “When you limit hiring to people who either live in a small number of big cities or are willing to move there, that cuts out a lot of people who live in different communities, different backgrounds or may have different perspectives.”

Twitter, Shopify and Coinbase have all told staff this month that working from home will become the default way of working, with only a minority commuting to work.

Other employers who have made announcements on remote working recently include Royal Bank of Scotland which has informed more than 50,000 staff members that they will be working from home until at least the end of September, with only 400 employees working in regulated roles asked to return to the office in June, under strict safety measures.

Mastercard has told its employees that they can continue working from home until they “feel comfortable” going to the office amid the pandemic. It says staff can make their own decision on timings rather than being forced back to offices. The company said it was also looking at consolidating some of its offices and has created a ‘future of work’ taskforce to weigh how best to handle employee needs and also real estate amid the crisis.

Visa is also to allow most of its staff to work from home through 2020, returning employees to offices on a phased site-by-site basis.

In other news, parents in Germany will receive 20 weeks’ salary for loss of work while looking after children during lockdown under government proposals. Single parents could be eligible for 20 weeks’ pay while cohabiting parents can apply for up to 10 weeks of wages as a ‘secondary salary payment,’ with an upper limit of €2,016 (£1,800) per month. The payment will cover two-thirds (67%) of the post-tax salary of cohabiting parents if they have been unable to work while proving child care. The UK has its furlough scheme which covers 80% of salary up to a cap of 2.5K pounds a month. This can be used if no childcare is available, but it is dependent on employers agreeing to furlough workers. workingmums.co.uk has heard from many parents who have been refused furlough on childcare grounds. 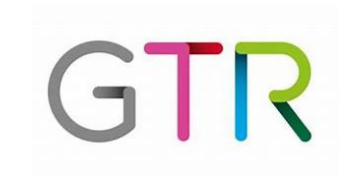 The Government has announced that people in England who are clinically vulnerable due to...read more

The Department of Work and Pensions has lost its appeal against four working single...read more

RT @WorkingdadsUK: What can dads do to fight for more #flexibleworking post-pandemic? @IanDinwiddy takes a look. #dads #fatherhood #dadlife…

@WorkingMums
As more dads help out with kids, keep your firm fit for fathers with our tips https://t.co/OHPZVTeaVu

@WorkingMums
“Black livelihoods matter and employers need to take urgent action to ensure that their organisation is inclusive a… https://t.co/AOJpSkUCv9