Figures show few children went back to nursery in June

Government figures show only 10% of children were in early years settings in the first week of June.

Only around 10% of children who normally go to nursery, pre-school or childminders attended in the first week of June, according to new government figures – an increase of just 5% since May.

The Department for Education estimates that 33,000 early years settings were open on 4th June, up from 25,000 on 21st May. The Government says this represents 48% of all settings. It estimates that 166,000 children attended early years settings on 4th June, up from 88,000 on 21 May when only key worker children and vulnerable children could attend. That represents 10% of children who used to attend before the pandemic, up from 5% in May. In part this is due to higher attendance by the children of critical workers and vulnerable children.

The DfE figures also show that around 91% of primary schools were open in some capacity on 4 June, up from 80% on 21 May when they were only open to key workers’ children and vulnerable children. Around 659,000 children attended an education setting on 4 June, which is 6.9% of all pupils who normally attend school. This represents an increase from 21 May when around 2.6% of pupils were in school.  The figures include increases in the number of key worker children and vulnerable children attending.

Around half (52%) of schools were estimated to be open to children in nursery, reception, year 1 or year 6 on 4 June.

Neil Leitch, chief executive of the Early Years Alliance, said: “These sobering figures clearly show the scale of the challenge facing nurseries, pre-schools and childminders as a result of the coronavirus outbreak.

“While many childcare providers have been working hard to prepare to welcome children back into safe and positive learning environments, the demand for places is nowhere near what it would have been in normal circumstances.

“This means that settings across the country, which were often already struggling financially as the result of years of government underfunding, are facing a sharp drop in income, with many unsure if they will be able to remain sustainable in the long term.”

He added: “We have long warned of the impact that the expected fall in parental demand for places during this pandemic would have on the sector. Despite this, the government has failed to commit to any form of transitional funding to help support early years providers through this incredibly difficult period, or to offer settings any support with the additional costs of operating safely during this crisis – such as cleaning and PPE – as it has done for schools.

“Ministers have made clear their desire to return to some kind of normality as soon as possible, but without a functioning, sustainable childcare sector, this simply won’t be possible.” 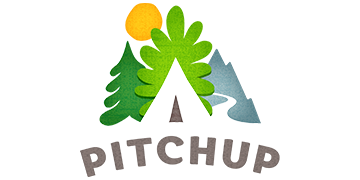