Next post
Adapting to the reality of modern family life

Theresa May is to announce a new Race at Work Charter today and a consultation on ethnicity pay audits to tackle inequality in the workplace.

Developed jointly by the government and Business in the Community (BITC), the new Charter will commit businesses to a set of principles and actions which aims to counter discrimination in the workplace.

In addition, the government says Lloyds Banking Group, also among the Charter’s signatories, is the first FTSE 100 company to set a goal to increase the representation of ethnic minority employees at senior levels.

Alongside the Race at Work Charter, the Prime Minister will also today launch a consultation on ethnicity pay reporting in response to the Race Disparity Audit’s Ethnicity facts and figures website data, which reveals significant disparities in the pay and progression of ethnic minority employees compared to their white counterparts.

In the first consultation of its kind, the government will invite employers to share their views on a mandatory approach to ethnicity pay reporting similar to gender pay audits.

The consultation, open until January 2019, will set out in detail what information employers should publish to allow for decisive action to be taken while also asking employers how ethnicity data can be collected without placing undue burdens on businesses.

The NHS, Armed Forces, schools and police forces are also setting out their plans today on how to increase the proportion of public sector leaders from ethnic minority backgrounds. These include proposals from school leaders to address disparities in the teaching workforce and publication of the National Police Chief Council’s first national Diversity, Equality and Inclusion Strategy.

Karen Blackett stated: “Embracing diversity and inclusion is not a choice, it’s a business necessity. Clients choose WPP precisely because of the capability and creativity of our people; it’s why we’re focused on attracting, developing and promoting the best talent from across a range of backgrounds. Creativity powers business growth and this only happens by having diversity of talent in the room and reflecting society in the content we create.

“As the Government’s Race at Work Champion, I’m committed to helping businesses address inequality at all levels by taking practical steps such as introducing apprenticeships, offering mentorships and capturing ethnicity data to create a more inclusive and representative workforce.” 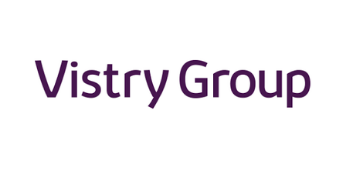 Employers told to beware of giving the illusion of flexible working

Employers must avoid measures that give the illusion of flexible working while still...read more

Recruitment up as lockdown eases

Job vacancies in the UK surged last week, with the number of positions on offer at 100% of...read more

Do you have a job to advertise? #Flexiblejobs are in high demand – by advertising the flexibility you’ll attract a… https://t.co/ZginpvtSuX

@WorkingMums
Great advice from the @TheCVGuruUK1 on how to explain a #career gap on your CV. #jobsearch #jobs #recruitment https://t.co/Fd1vn7skbz

@WorkingMums
If you need to #recruit part time staff, advertise your job with us. Use code: Talent_21 at checkout to get your 10… https://t.co/qbSutjy9R9

Previous post
Are you peng or a snack?
Next post
Adapting to the reality of modern family life

Why we need to redouble efforts to address structural racism

The recent Commission on Race and Ethnic Disparities report is an attempt to derail effective action on racism.   read more

Neurodiversity in the workplace

WM People has published a white paper on recruiting for and managing neurodiverse teams. read more

Why the case for diversity and inclusion will continue to grow

Younger people are impatient for change when it comes to equality and issues like climate change. That means the case for diversity and inclusion will... read more