Government announces roadmap out of lockdown

The Prime Minister Boris Johnson has announced plans for shops and some classes in primary school to start reopening from June.

Next post
Trust is vital in times of crisis

The Prime Minister has announced a plan for England to emerge out of lockdown over the next months.

It relies on a five-tier system of monitoring, overseen by a new joint biosecurity centre.

Boris Johnson said the plan, which does not apply to Wales, Scotland and Northern Ireland who have chosen to maintain a fairly tight lockdown, started from a shift of emphasis from staying at home to staying alert. He said people should continue to work from home if they can, but if they can’t they should be “actively encouraged” to go to work.

From Wednesday people in the UK will be able to take unlimited exercise, not just one outing a day, and can do sports within their household groups. Social distancing will, however, be maintained at all times and fines for those who don’t do this will be increased.

The R rate – the rate of infection – would be monitored closely with regard to any reopening of the economy. From 1st June there would be phased reopening of shops and primary schools. Johnson mentioned reception, year one and year six would go first. He also made reference to those secondary school students sitting exams in the next year.

From July, if it was safe to do so and with social distancing maintained, some restaurants, cafes and bars may be able to reopen.

Johnson said we had reached the peak, but it was often when coming down from the peak that things were the most dangerous. There will therefore be local, regional and national monitoring to check rates of infections.
Johnson stated that the government’s approach was driven by science, data and public health.

Amid confusion over when the new guidelines would begin, Foreign Secretary Dominic Raab said the changes regarding return to work would start from Wednesday, following the publication of guidance, and that it would be up to employers to ensure employee safety. He added that families could meet up in outside places as long as they kept to social distancing.

Meanwhile, the Chartered Institute of Personnel and Development has published a YouGov survey of 1,000 people showing 44 per cent of UK workers are anxious about returning to their workplace because of concerns about health risks. Nearly a third [31 per cent] are worried about the commute to work, with that number rising to 52 per cent in London.

Business leaders welcomed the announcement. Carolyn Fairburn from the Confederation of British Industry said: “This announcement marks the start of a long process. While stopping work was necessarily fast and immediate, restarting will be slower and more complex. It must go hand-in-hand with plans for schools, transport, testing and access to PPE. Firms will want to see a roadmap, with dates they can plan for.

“Success will rest on flexibility within a framework: clear guidance which firms can adapt for their particular circumstances. Financial support will also need to evolve for sectors moving at different speeds – some remaining in hibernation, while others get ready to open safely.

However, trade unions declared the government’s strategy a “recipe for chaos”. Several are demanding a nationwide health and safety revolution before they send their members back to work, meaning all employers would need to publish risk assessments and state what measures they have taken to make work safe for their employees. Meanwhile, senior lawyers have said the lack of PPE (personal protective equipment) for NHS and care workers could result in corporate manslaughter charges.

The TUC has also outlined its concerns around the reopening of schools, writing to the Education Secretary and spelling out six areas that need to be addressed first.

“The government must work closely with unions to agree a plan that meets the tests we have set out. Those discussions must include unions representing all school workers, not just teachers.

“The best way to do this is through a national taskforce for safe schools, with government, unions and education stakeholders. Schools must also get extra funds from government to pay for essential safety measures like PPE and additional cleaning.”

Lawyers have also given their views on the return to work aspect.

Rustom Tata, partner at DMH Stallard, said workers would be worried about getting to work and health risks. He thinks that if employees fail to turn up because of these concerns a dismissal would be unlikely. He stated: “A dismissal would almost certainly be unfair. In fact, employees who raise concerns about their safety in the workplace, may be able successfully to claim unfair dismissal with increased compensation and without needing any minimum period of service.

“Clearly,  the PM is attempting to ‘move the needle’ but until the position on public transport and school reopening are clearer and deliverable,  little is likely to change for the overwhelming majority of workers.”

He added that this would apply to workers with a minimum period of service if they can show that they were dismissed as a result of raising serious health and safety concerns about their workplace.

He stated: “Given the lack of detailed clarity about precisely what employers are supposed to do in terms of health and safety in the context of Covid-19, and the seriousness of the threat posed by this ‘invisible killer’, employers would struggle to force an employee to come back to work, or sack them if they did not.

“While there will be a few exceptions, in the overwhelming majority of cases it is likely to be many weeks before most employers (a) can be clear about what they need to do and (b) can source the various items required.  Until then, it is highly likely that employers will find many employees reluctant to return to their old workplaces.  The position is further complicated while the furlough scheme remains in operation.”

Michael Legge, an employment lawyer at JMW, said vulnerable people being forced to go into the office may be able to claim disability discrimination under the Equalities Act. He advised anyone who is considered particularly at risk yet feels they have no choice but to come into work to submit a grievance to their employer. However, not all lawyers were agreed on this. Naeema Choudry, of Eversheds Sutherland, said people’s ability to resist employer pressure to come into work will depend on each individual case. 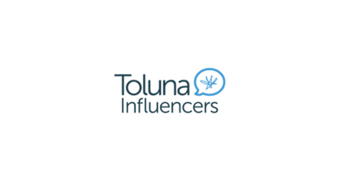