The Government’s announcement of a consultation on childcare ratios has been criticised as a waste of time by childcare experts who want more investment in the sector.

Next post
49% of single parents in relative poverty before Covid

The Government’s announcement of a consultation to  look at increasing the number of children who can be looked after by each staff member in early years settings has been denounced as a ‘waste of time’ by childcare experts.

The Government is proposing to change staff-to-child ratios from 1:4 to 1:5 for two-year-olds, giving providers more flexibility in how they run their businesses while maintaining safety and quality of care. It says the changes ‘seek to mirror’ the rations in the Netherlands, Sweden, France and Scotland.

It believes the move could potentially eventually reduce the cost of childcare for children under three by up to 15%, or up to £40 per week for a family paying £265 per week for care for a two year old child if providers adopt the changes and pass all the savings on to parents.

A recent survey by the Early Years Alliance on the ratios issue found that around nine in 10 nurseries and pre-schools in England are opposed to government plans to relax childcare providers ratios, with just 2% of nurseries, pre-schools and childminders indicating that changes to ratio rules would result in them lowering fees for parents.

The Government is also planning to support more people to become childminders by reducing the upfront costs of becoming a childminder via financial support; allowing childminders to spend more of their time working from a greater range of locations – for example, a local community centre or village hall rather than their own home; and giving childminders greater flexibilities within the ratios when looking after their own children or siblings of other children. It will also reduce inspections and streamline the Ofsted registration process and slim down the childminder-specific Early Years Foundation Stage, reducing the framework by a third. It will also encourage the growth of Childminder Agencies (CMAs). The number of childminders has been falling rapidly over a number of years, with Ofsted saying there was a five per cent  fall in 2019–20 and a six per cent reduction in 2020–21.

The Early Years Alliance [EYA] calls proposals such as reducing inspeactions, creating a separate, streamlined Eearly Years Foundation Stage and focusing on childminder agencies “retrograde steps” that are not a solution to the problems childminders face. Neil Leitch of the EYA said: “If ministers really wanted to stem the flow of childminders out of the sector, they would have focused on changes that recognised and valued them as early years professionals, equal to those who work in nursery and pre-school settings. Much of what has been announced today does the exact opposite.”

The Government has also announced an additional £10 million investment for Maintained Nursery Schools, into the supplementary funding they receive from 2023-24. And it will ramp up publicity for existing childcare support, such as Tax-Free Childcare via the Childcare Choices website.

The Government says it will also explore how to improve recruitment and retention of staff in the sector. The EYA says the best way to stem the tide of childcare experts leaving the sector is through higher pay and boosting morale by funding the sector better.

The EYA says the Government is “wasting its time” consulting on relaxing ratios rather than investing properly in the sector. It adds that the calculations incorrectly assume that all settings have the physical space to be able to substantially increase the number of children they care for and educate, within the current legal limits on floor space per child, which the government has not indicated they are consulting on.

Neil Leitch, CEO of the Early Years Alliance, said: “Our own research has clearly shown that the proposal to relax ratios for two-year-olds in nurseries and pre-schools from 1:4 to 1:5 will not only fail to lower the cost of early years places, but in any settings that do adopt the new ratios, will drive down quality and worsen the already catastrophic recruitment and retention crisis the sector is already experiencing.

“Given that data from the parenting group Pregnant then Screwed has also shown that the vast majority of parents wouldn’t want this change even if it did save them money, the question is: who exactly is this proposal supposed to benefit – other than politicians who can use the changes to claim to have done something to tackle the ‘rising cost of childcare’?”

He added that the proposals announced by the Government on childminders would do little to address the root causes of the huge decline in childminders over recent years: more than a third since 2015.

He said: “The idea that any meaningful reform to the early years could be achieved without the government needing to spend a single extra penny is laughable. Our Freedom of Information request findings proved that the government has been knowingly underfunding the early years sector for years, and it is this – not “red tape” – that is driving up early years costs, and keeping pay levels in the sector so low that 40% of our workforce are actively considering leaving.

“If the government wants to take lessons from other countries, maybe it should look at how much they invest in early years providers and how they respect and value the workforce. Watering down early years standards at a time when children need more support than ever is not, and never will be, the answer.”

“It’s time for a proper funding settlement for childcare that delivers high quality care, keeps the costs down for families and guarantees decent pay and conditions for workers.” 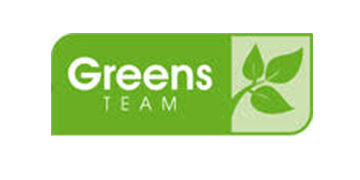 If you are dismissed by your employer, you must be given at least the notice stated in...read more

Women on maternity leave are being forced back to work early, are using all their savings...read more

Carpetright is one of the UK’s leading flooring and bed providers. @Carpetright started working with us in 2017, j… https://t.co/DXd9dZ0kaT

@WorkingMums
HR firm @JoinCharlie says its nine-day fortnight trial has resulted in an 11% #productivity boost and 24% fall in w… https://t.co/ORGOwP6Xjq