Alan Sugar’s and Jacob Rees-Mogg’s attitudes to remote working are outdated and there is scant evidence to support their ideas about it being less productive than working in an office – in fact, often the opposite is the case.

In the last week Tesla chief Elon Musk posted his views on government data showing that Japan’s population fell by a record 644,000 last year – the 11th consecutive year that the number has fallen. He wrote: “At the risk of stating the obvious, unless something changes to cause the birthrate to exceed the death rate, Japan will eventually cease to exist. This would be a great loss for the world.”

The message has drawn criticism of Japan’s approach to immigration and to raising the birth rate, for instance, by addressing childcare and long hours working.

Others have said that it is not just Japan that faces this problem. In the West, there have long been concerns about our ageing population. The UK has very high levels of job vacancies at the moment and has had them in some sectors, particularly health and social care, for some time – and this is something that Brexit worsened before the pandemic hit.

Yet some people at the top of government and industry still seem to believe we live in the same world as in the 50s and 60s when they were young and are trying to impose old-style ‘normality’ onto a work culture that badly needs reform.

Just this week Alan Sugar tweeted about PwC’s summer working hours – which several other companies have been doing for some time – to the effect that PwC’s workers are all ‘lazy gits’. He wrote:  “Call me old fashioned but all this work from home BS is a total joke. There is no way people work as hard or productive as when they had to turn up at a work location. The pandemic has had long lasting negative effect.” The Treasury is reported to be introducing systems to monitor workers’ time at their desks as part of Jacob Rees-Mogg’s ongoing attack on remote working.

In most cases these old timers make out that working in different ways has an impact on productivity, but their reasoning flies in the face of most research, such as a recent study form the Chartered Institute of Personnel and Development from April, which shows the number of employers saying homeworking has increased their organisation’s productivity or efficiency rose from 33% to 41% between late 2020 and late 2021 while the number who say it has had a negative effect on productivity fell from 23% to 18%.

In the absence of research, these people cite their ‘gut instinct’ and throw insults about homeworkers around. Apparently we are all lazing around. I’d like them to spend a week at my house and find out just how lazy I am. I have never worked harder since I started working from home and I was a workaholic before that.

Often they seem to be completely out of touch with people’s everyday lives, particularly women’s, given women still take on the majority of the care burden. They live in a world where they have the privilege to work all hours in an office because their home life is managed by other people, usually for free. They don’t have to rush home to pick up a child or take time off because they are ill when, if they worked from home, they could manage this better and with less stress all round. They simply have no idea and are not even willing to listen respectfully to people who have differing views and evidence to back them up. Why then should we listen to them?

Yes, remote working doesn’t appeal to everyone and clearly can’t be done by all, though most jobs are open to some flexibility and, of course, there is a place for face to face working. I went to a gathering on Friday – the first such in three years – and it was wonderful to see people ‘in real life’, but am I less productive because I haven’t seen them? I don’t think so. I am going into a meeting tomorrow. It will take the best part of a day out and I will end up working through the evening to catch up. That is the reality of commuting. It’s a time waster. It’s inefficient. As minister for ‘government efficiency’ Jacob Rees-Mogg should recognise that. I know some people think it’s funny that he is like a Victorian gentleman wandering around in a 21st century world, but when it affects your ability to work or work full time and progress [or simply cover all the household bills] it’s no laughing matter.

It’s time we turned the tables and stopped asking working families what we want and need – we know by now! – and start really putting these stuck-in-the-past leaders under the microscope, look at their work life balance and who does what in their households and ask them where the evidence is for their outdated ideas. 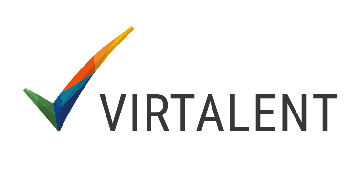 More than half of families with pre-school-aged children currently pay nothing in...read more

The Government has announced a Future of Work Review after failing to bring forward an...read more

Coach Claire Buckley on what has helped her get the #flexibility she needs after going #selfemployed. https://t.co/FQgVT6UNXE

@WorkingMums
A new #survey by the @EYAlliance finds widespread opposition to changes in #childcare ratios and that only 2% of ch… https://t.co/assC6ePyIZ

Previous post
How can employers create an "action plan" to close their gender pay gap?
Next post
Call for emergency Universal Credit uplift