In the second of our election interviews with the main political parties about their policies for working families, workingmums.co.uk and workingdads.co.uk speak to Labour’s Laura Pidcock.

Labour’s manifesto promises increased rights for pregnant women and parents as part of a raft of family friendly policies.

The party says employers would not be allowed to dismiss pregnant women without the agreement of an independent inspectorate and paid maternity leave would be extended from nine to 12 months.

There is also a pledge to double paternity leave to four weeks.

For Laura Pidcock, Labour’s Shadow Secretary of State for Employment Rights, the policies are very personal.

She is mum to a 17-month-old son. “Being a mother has made me a better politician,” she says. “Before I became an MP I managed a team which was majority female. Looking back I maybe didn’t appreciate all the juggling they did as working parents. And millions of parents do this every day.”

Labour’s manifesto also promises to review parents’ rights in the case of family emergencies, something she has personal experience of as her son has suffered a number of ear infections. “This is a priority for me,” she explains. “Everyday life events happen to all sorts of parents. What sort of reserve leave could be called upon? If annual leave is supposed to be about rest and recuperation, you don’t get that if you’re looking after a poorly little one. So what would be a fair amount of reserve provision?”

Pidcock’s own experience informs her attitude towards Labour’s plans to extend paid maternity leave instead of raising the weekly rate.

She says: “What I saw was a lot of women around the nine month mark going through a sort of grieving process because they weren’t ready to go back to work. Extending the leave will relieve that psychological burden.”

Flexible working and the menopause

Other promises in the manifesto include a pledge to force bosses to make ‘reasonable adjustments’ to accommodate menopausal women.

If Labour win on Thursday Laura Pidcock would be Minister for Employment Rights next week. She’d be sitting round the Cabinet table.

She reckons it’s an important sign of how Labour values the sorts of measures that could help working parents that hers would be a Cabinet level job.

Childcare doesn’t come under her remit. Labour are promising to expand free childcare to 30 hours for all kids over the age of two. That still leaves a gap for parents of one year olds.

Pidcock says: “It’s important to extend that provision to two year olds. Having those extra hours will save families around £5000 per year which is absolutely incredible.”

The party is a bit fuzzy about funding. The Tories have been criticised for underfunding the current free childcare system. “We’re trying to get this right,” adds Pidcock.

She points to the case of parents on zero hours contracts who may pay for childcare in advance only for a shift to be cancelled leaving them out of pocket.

Laura and Labour are keen to look at the bigger picture. They insist banning zero hours contracts, boosting the minimum wage and introducing sectoral collective bargaining will help all parents. The last of these would allow employees to come together to negotiate terms with employers. Within that they could insist on minimum standards on parental leave, flexible working or Shared Parental Leave.

“I deeply care that my department gets this right,” says Pidcock. “I want the Department of Employment Rights to be about being kind to working parents.

“The current system is so stringent that it doesn’t adapt to family life. It doesn’t have to be that way. There are small steps we can take that can make a big difference and signal that the state is on your side.”

Working part time, less senior role, but doing the same as a senior

The best thing to do is to highlight in negotiations what you do, the experience you...read more 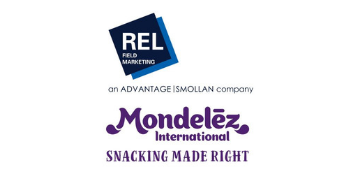 @WorkingMums
RT @WM_Recruit: We have an amazing opportunity for a number of experienced and qualified Accountants to join a #Reading based practice as a…

Review of the year: part one

2019 was a busy year on the working mums front. Here we chart the main reports, events and announcements from January to April. read more

What’s in a Whatsapp group?