New ONS statistics shows a mismatch between managers and employees on the future of homeworking.

Next post
Why embracing diversity helps our mental health

Managers are less keen on remote working and more enthusiastic than staff about workers to return to offices post-pandemic, according to a study by the Office for National Statistics.

The report found that 36% of remote working people believed they would keep the arrangement for most of the week, while only 24% of managers plan to use increased homeworking in future, with the Information and Communication industry recording the highest proportion (49%). Some 85% of staff want to see a hybrid working model utilised.

The report says that a high degree of uncertainty on how the matter will pan out remains, with more than a quarter of firms [32%] still unsure what they will do. The ONS analysis shows that most people did not work from home during the pandemic. Overall, the proportion of working adults who did any remote working hit 37% last year, up from 27% in 2019, with workers living in London the most likely to homework.

When asked about remote work, working adults stated work-life balance was the greatest positive, while challenges of collaboration were the greatest negative.

Online job adverts including terms related to “homeworking” have increased at a faster rate than total adverts, with homeworking adverts in May 2021 three times above their February 2020 average.

The ONS also stated that redundancies have now returned to pre-pandemic levels. IPSE (the Association of Independent Professionals and the Self-Employed) said the data showed that, although there are still 500,000 fewer freelancers than the same time last year, the total number of freelancers in March had risen by 21,000 compared to the previous month –  the second consecutive month-on-month increase in self-employed numbers since the beginning of the pandemic.

Joanne Frew, Head of Employment practice at legal business DWF, said the relaxing of restrictions would further boost the jobs market, but that that delay in England of the full lifting of restrictions would be a big setback for some businesses, particularly in the light of changes to the furlough scheme. She added that the end of the furlough scheme in September could push redundancy figures back up. She said: “The true test will be in September when the government lifeline of furlough is withdrawn, with hopeful anticipation that the two-month window of a restrictions free labour market will reduce the need for redundancies.”

But Institute for Employment Studies Director Tony Wilson noted the mismatch between growing vacancies and higher than normal unemployment.

He said: “Today’s figures confirm that the jobs market is making a strong recovery.  Payrolled employment added nearly 200 thousand in the month of May alone, its fastest rise on record, while May saw nearly 900 thousand vacancies in the economy, one of its highest figures ever.  However despite this, and continued recruitment problems in a number of industries, there are still more than twice as many unemployed people still chasing every vacancy and long-term unemployment has reached a five year high of over half a million.  So we need to do much better at helping those people who want jobs to find and take up the jobs that want people.”

Delays in restrictions being lifted

Meanwhile, Kate Palmer, HR Advice and Consultancy Director at Peninsula UK, responded to Boris Johnson’s announcement on the possible four-week delay on lifting all Covid restrictions in England. Although Johnson said that if coronavirus data proves favourable within the next two weeks, stage four might be brought forward, Palmer said the news would be disappointing for many businesses who may have been thinking about taking staff off furlough or hiring new staff.

She said new furlough agreements could be a possible next step, although the furlough scheme structure will be changing on 1 July 2021 so that employers will begin to contribute to the scheme as government contributions reduce to 70% rather than 80% of furloughed staff wages – at a monthly cap of £2,500.

She stated: “Affected employers will need to now consider whether agreeing a new period of furlough with staff will be feasible for their business.”

She added: “Businesses will need to retain their social distancing procedures and carrying-out of risk assessments for at least the next four weeks. Whether or not this is a viable way for employers to continue to conduct their business will be determined by their individual circumstances. Advice should be sought on how to maintain social distancing measures safely and manage staff in the interim.” 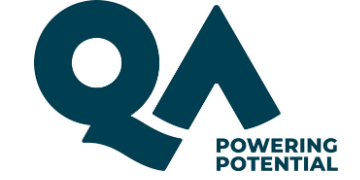 Multi-location from one of our FSA Offices (Belfast ,Cardiff, London or York), or home based in the UK.