Campaign for indefinite leave to remain for migrant healthworkers

A Private Member’s Bill which would mean migrant healthworkers and their families would not face the stress of hefty fees and uncertainty from September has been delayed since January.

Migrant workers have been essential to the operations of the NHS ever since its inception in 1948. However, throughout the current Covid-19 pandemic, many have argued that migrant workers have not been given the respect or recognition they deserve. Many of them have been putting their lives on the line every day fighting against a deadly virus, yet still they face immigration insecurity as a result of visa and other policies.

There are currently 170,000 overseas NHS workers from 200 countries residing within the UK, many of whom have to apply every five years to renew their work visas, or every time they get a new job. After five years, migrant NHS workers may be able to apply to settle more permanently if they are granted leave to remain status. Some are required to have employers provide certificates of sponsorship for them, and if they do not, they can be deported at any time despite their critical service to the country. As the pandemic has raged since March 2020, support for a Private Member’s Bill which would grant migrant NHS workers indefinite leave to remain has grown.

Since 2019 and over the course of the pandemic some action has been taken to make things easier for healthcare workers than other migrant workers. In 2019, Boris Johnson announced a new “NHS visa” which makes it significantly easier for doctors and nurses from around the world to work in the UK. Those applying to stay for more than three years have to pay £464 per person. This was pre-pandemic and is said to have been established due to fears that the NHS would not be able to attract staff after Brexit, showcasing how important migrant workers are to the health service.

In May 2020, the Government announced, under pressure, that the Immigration Health Surcharge, an additional fee levied on some migrant workers for access to the NHS which was introduced in 2015 and increased in 2019 from £400 a year per adult to £624 per year, was to be scrapped and that anyone who had been asked to pay it after 31st March would be reimbursed. Reimbursement took several months, however, and it later turned out that, due to migrants’ differing immigration statuses, only 12% had been paying the surcharge.

At the peak of the first wave of the pandemic in 2020, the Government also announced that all non-EU migrant workers in the health sector whose work visas were due to expire would have it extended for another year with no fee. This was made available to a range of NHS professions, as well as spouses and any of their children who were under the age of 18. The full eligibility criteria can be found here.

It sounded good, but we are now fast approaching the expected end of the scheme in September. Currently, migrant NHS workers are not paying any fees due to the visa extension and waiver of the Immigration Health Surcharge. However, it is expected that in September both these fees will come back into play. This will leave many migrant doctors, nurses and paramedics needing to spend hundreds of pounds and weeks applying for new visas.

In November 2020, the Immigration (Health and Social Care Staff) Bill 2019-21 was put forward, which would offer migrant healthworkers indefinite leave to remain. This is similar to the actions taken in countries such as France, which is granting full citizenship to frontline migrant workers in the wake of Covid. The Bill is supported by the Royal College of Physicians, the Royal College of Nursing, the Doctors Association UK, Independent Age and Unison and MPs are thought to have received upwards of 7,400 letters of advocacy for the Bill.

Unfortunately, the second reading of the Bill was delayed in January 2021 due to the Common’s Covid safety rules. The Liberal Democrat MP Christine Jardine, who sponsored the Bill, has since called on the Government to consider debating the Bill remotely, due to the urgency of its nature.

The insecurity that many migrant healthcare workers will face from September onwards can be extremely detrimental to family life. If workers are unable to pay or secure a new visa, they and their families can be deported, causing immense amounts of stress and anxiety. With healthcare work already being a strenuous line of employment, such added fears pose a great risk to families’ mental health.

Furthermore, the existing short-term policy seems unjustified, especially considering how important migrant workers are to the NHS. If workers are unable to pay for new visas, current staff shortages could become much worse. This would likely put pressure on the Government to introduce more supportive policies for migrant healthcare workers. However, if this is already foreseeable, it is surely inhumane to put individuals through their current fears about immigration insecurity. With so many healthcare workers facing post-Covid exhaustion, it seems cruel to reward the efforts they have made to battle the pandemic with the threat of deportation.

The cancellation of the Private Member’s Bill has had a serious impact on morale, with many hoping it would be a vital lifeline for them and their families. This debate regarding the status of migrant workers is dehumanising, unnecessary and, from a moral perspective, unjustifiable. Migrant workers in the healthcare service have put their lives at risk for others. They should be granted security in this country. This Bill must be debated and passed to ensure that migrant healthcare workers are given what they deserve: security and appreciation. 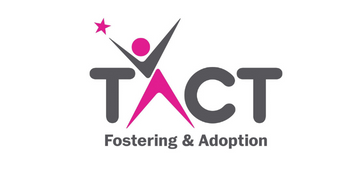 @WorkingMums
Karen Holden from @ACLFforLGBT looks at the various legal issues that have arisen as more people choose to work rem… https://t.co/P95T2MbViw