Kemi Badenoch tells the Women & Equalities Committee that some claims of institutional racism in relation to Covid-19 deaths are scare mongering and that she turned down an invitation to lead a Government briefing session during the pandemic.

Next post
The five ‘C’s of successful(ish) lockdown parenting

The Government minister charged with leading a review into the coronavirus risks for people from Black, Asian and Minority Ethnic groups said that accusations of institutional racism were scaring people and putting them off taking part in vital vaccination research.

Equalities minister Kemi Badenoch told the Women & Equalities Committee that people were claiming institutional racism was a factor in the disproportionate number of BAME people affected by Covid-19 without having the evidence to back up some of these statements. She said coronavirus was affecting everyone and that old people were the most likely to be affected yet people “do not see the systemic bias against old people”. She said such claims “make people scared” and added that people were not coming forward to take part in vaccination research as a result of claims that Black people were being used as “cannon fodder”.

There have been several reports on the disproportionate impact of Covid-19 on BAME communities, from the Office for National Statistics, the Institute for Fiscal Studies and a few weeks ago Sky News reported that an unpublished section of a Public Health England report stated: “Stakeholders pointed to racism and discrimination experienced by communities and more specifically BAME key workers as a root cause to exposure risk and disease progression.

“Racism and discrimination experienced by BAME key workers [is] a root cause affecting health and exposure risk. For BAME communities, lack of trust of NHS services resulted in reluctance to seek care.”

On data, Badenoch admitted it would be useful to have ethnicity data registered on the death certificates of those who had died of Covid-19 and said the Race Disparity Unit was looking at collecting this data. But she said figures on ethnicity in relation to Universal Credit could ‘stigmatise’ BAME groups, suggesting they were more likely to be unemployed.

Badenoch claimed the Chancellor’s summer statement would help the poorest households, where BAME people were overrepresented, including the bonus payment for keeping furloughed workers in jobs after the lockdown is eased and the one-month restaurant voucher scheme.

She also said she had turned down an invitation to speak at the daily Government briefing. The briefings have been criticised for being led mainly by white male MPs. Priti Patel is the only female MP who has led a briefing and only on a very few occasions. Badenoch said people should not be judged by the colour of their skin or their gender and claimed it could have been seen as “tokenistic” to invite a woman or someone from an ethnic minority to lead the briefing.

“We have to be careful about giving the impression that ethnic minorities do ethnic minority issues,” she added. “People should not feel that advice has to come from people who look like them,” she stated, adding that they should focus instead on what was being said and the fact that the message was applicable to everyone. 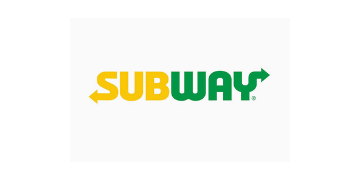 The Covid-19 pandemic provides an opportunity to review whether the way of working...read more

A survey of 94 of Britain's biggest employers shows that 52% plan to keep all staff...read more

The Women and Work All Party Parliamentary Group heard yesterday that, while flexible working may be a benefit of the pandemic, it is likely women... read more