The first Brit Mums Live takes place later this year. workingmums.co.uk spoke to one of its organisers, Jennifer Howze, about what makes a great mummy blogger and the latest trends in mummy blogging.

Mummy bloggers are growing in power and the type of issues they cover is broadening. At the first Brit Mums Live! blogging conference in June, there will be a huge array of different bloggers, ranging from food, fashion and travel bloggers to politics and parenting bloggers.

Jennifer Howze co-founder of BritMums which is organising the event, says over 400 people are expected to attend. They will listen to top-name bloggers and social media users, including Sarah Brown, author Allison Pearson, Guardian journalist Zoe Williams and comedian Ruby Wax who will talk about her new mental health network.

It’s the third year that British Mummy Bloggers has held a big parent blogger conference, but in the two previous years it did so under the name Cybermummy. Brit Mums Live! will be closely connected to what the BritMums social network does. “Blogging is our core identity,” says Howze, The Times’ former Alpha Mummy blogger, “but parents blog about a number of topics and Brit Mums Live! addresses that.”

As well as keynote speeches and round-tables on topics such as whether you can have it all, there will be more practical sessions on, for instance, how parents can hone their blogging skills and on parenting topics, including a guide to writing about parenting.

Howze says membership of Brit Mums [previously called British Mummy Bloggers] has increased year on year. Currently there are 3,500 members. “It has moved from the early adopters of blogging – media and tech-savvy parents to everyone,” she states. This has been aided by new blogging tools which make it much easier to set up your own blog. “You don’t need specialist skills, such as knowledge of html, to set up a blog and make it look good,” says Howze. “You can create a brand identity for yourself with your blog. It’s very easy and so a lot of people are now doing it.”

She says the best blogs have a strong sense of their own identity. “Good blogs need to know what they want to be, whether they are about cooking for kids or your divorce,” she says.

She adds that in the US some blogs are almost corporate in their style. “That’s not what’s happening here. It’s not what people here want. They want authenticity so blogs don’t have to be superpolished,” says Howze. She adds that good bloggers post regularly and create a good conversation with their followers, for instance, by leaving comments on other blogs, particularly those in the same niche. “This conversation helps with the creative spark,” says Howze. “You feed off other bloggers and retweet each other’s blogs. It builds a sense of community.”

She adds that the business world and others have begun to realise that bloggers wield a lot of influence, particularly female bloggers who make most of the consumer decisions in households. “A lot of brands are talking to bloggers,” she says. “It’s a natural relationship because we live in a world of brands. A lot of brands are becoming more savvy about how they talk with bloggers. They don’t just send bloggers information about their new product. They meet up at events and have conversations about issues.”

She mentions a recent project between British Gas and mummy bloggers. British Gas wanted to get out information on smart meters so they linked up with bloggers to start a conversation about energy use. The message they wanted to get out was that the meters were a boon for families. The bloggers made energy savings more real and human, talking about, for instance, how people’s children could save money by turning off the lights.

Howze says she was talking recently with a press officer about what the difference was between working with journalists and bloggers. “They said that if you took a journalist on a trip, they would write it up immediately and move on. If you took a blogger they would create a conversation about it with other bloggers and they would keep up a conversation with you and want to know what else you were doing. It’s a more conversational relationship,” she states, adding that blogging is changing how traditional journalism works. “You can’t just put information out through a megaphone any more,” she says.

She adds that women are having a growing influence online through blogging. “There’s a false idea that the online world is male and techy,”she says, “but mums on the go on their iphones and ipads are constantly talking and having a big impact.”

The Government has announced that new regulations which will enable parents who have lost...read more

Poor mental health costs UK employers up to £45 billion each year - an increase of 16%...read more 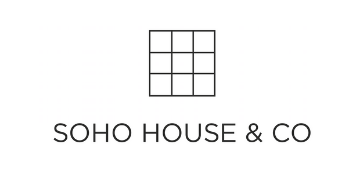 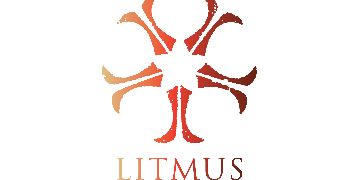 @WorkingMums
RT @WorkingdadsUK: Always a good sign when you genuinely LOL at one of your bloggers. That happened when I first read the latest thoughts f…