Nurseries are looking to take legal action against their insurer and broker after being told they do not qualify for business interruption cover during the pandemic.

Next post
Told to bring my child to work

More than 90 nurseries who are facing severe financial difficulties due to the coronavirus pandemic are considering taking legal action against their insurer and broker.

The nurseries say they may be forced to close if they cannot get insurance payouts to cover their bills and pay staff.

Fieldfisher thinks more nurseries will join the claim and said it would be fought on no win, no fee. It says there has been a lot of negative press about some nurseries continuing to charge parents fees when they are furloughed or not working, but adds that many are struggling financially to stay afloat which could have a big impact on parents’ ability to return to work after the pandemic.

It says very few nurseries have been able to secure rent holidays on their premises while they have still had to pay staff until the furlough scheme kicked in at the end of April. A survey out today by the Early Years Alliance shows how recent changes to the government guidance on furlough have also had a big impact on nursery finances.

The Government says it has provided support to nurseries in the form of loans, continued payment of early years funding and the furlough scheme. However, guidance changes mean that any public money such as the early years funding is discounted from furlough pay. The Early Years Alliance is trying to get this overturned.

Local authorities have since been given the flexibility to move early years funding with children if their nursery has closed and they need to attend another. 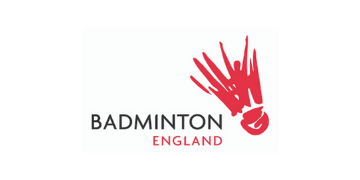 Women's jobs and progression are at risk if the Government does not provide financial...read more

Back to work from furlough

According to figures from HM Revenue & Customs, some 9.3 million people have been...read more

The Fawcett Society has written to the Chancellor, calling for urgent investment in the childcare sector so that it can support families, particularly... read more

The Government has announced plans for class and year group bubbles in order to get schools in England reopened for September. read more

Disadvantaged children most affected by threat of nursery closures

A new analysis from the Sutton Trust shows how nurseries in disadvantaged areas have fared worst in the coronavirus pandemic. read more

Brett Wigdortz worked for years with Teach First. His new mission is to transform childminding by giving childminders better support and raising their... read more