The latest ONS figures show a fall in employment for women with more turning to self employment or becoming economically inactive while the number of men employed or self employed and working full time work rises.

Next post
Speed mentoring programme takes off in tech sector

The number of employed women has fallen in the last quarter while the number of women turning to self employment or classified as economically inactive rising, according to the latest figures from the Office for National Statistics.

The figures show employment continued to rise and is now at 76.2%, but the ONS says quarterly employment growth has been weakening since the beginning of 2019. It adds that slowing employment growth is partly a result of fewer workers being available for work and historically low unemployment levels which have left many sectors with big skills shortages.

The ONS says the increase in the level of employment – mainly full-time employment over the year – was driven by the number of employed men, which increased by 54,000 (or 0.3%) on the quarter while the number of employed women fell by 30,000 (or -0.2%) to 15.49 million over the same period. This runs counter to recent trends. Nevertheless, the overall unemployment rate was largely unchanged at 3.8% over the same period, with the fall over the year driven by women, whose unemployment reduced by 64,000 compared to 29,000 for men.

Meanwhile, the number of self-employed workers increased by 33,000 to a record high of 4.96 million in the three months to October 2019. The quarterly increase was driven more by men (who increased by 20,000 to 3.30 million) than by women (who increased by 13,000 to 1.66 million). Nearly half the growth in employment in the last year has been due to full-time self employment.

Commenting on the figures, the Institute for Employment Studies said that economic uncertainty may be behind employers looking to increase hours and their use of self-employed workers rather than increasing recruitment.

Figures out this week from the Recruitment and Employment Confederation’s (REC) Jobs Outlook report show the impact of that uncertainty, with hiring confidence in the UK dropping to its lowest point since the survey started in 2016. Neil Carberry, chief executive of the REC, said: “Many employers have been sitting on their hands for the past few months, putting off hiring until the outlook was clearer. Now that some of the fog has lifted, both business and the new government can put their plans into action.”

Meanwhile, the Confederation of British Industry (CBI) has warned that the majority of UK businesses are concerned that they won’t have access to skilled workers next year. The business lobby group said nine in 10 firms it surveyed indicated that a flexible UK labour market is vital. CBI chief UK policy director, Matthew Fell said: “After a generation-defining election, business and government must form a determined partnership and commit to working together to create a labour market that supports people and the economy.” 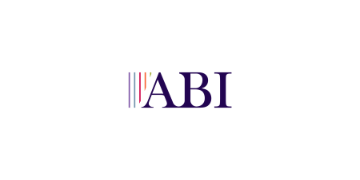 Why HR is key in an age of coronavirus

HR has a huge role to play in the coronavirus pandemic. Yesterday, People Management ran...read more

@WorkingMums
RT @DefraGovUK: If you need to go out to buy food or other essentials, for everyone’s safety remember to… ✅ follow advice in store ✅ s…

@WorkingMums
RT @NHSuk: Anyone can spread coronavirus. You must now: ▶️ Only go out when absolutely necessary for food, medicine, work or exercise ▶️ A…

Read More On Self Employment