Government returner programmes in ICT, social services and planning have had varying degrees of success, with a need to introduce introductory pathways back to work being identified in some areas.

Government evaluations of the programmes, run by the Government Equalities Office [GEO], were published last week and show large numbers applying, but in planning in particular many of those who applied were found to be ineligible for the programme. The Government says it needs to learn from this to make eligibility criteria clearer and to find other routes back into work.

The programmes in ICT, planning and social work came about after the Government allocated £5 million to support people back into employment after taking a career break. In addition to getting people back to work after a career break, the programmes aimed to raise awareness of the value that returners bring to the workplace.

The return to planning programme, delivered in partnership with the Local Government Association and the Planning Advisory Service, attracted 336 full applications. However, despite a target of 90 participants, only 28 were considered eligible and in the end just 13 started the programme – seven of whom were women – with one dropping out before the end. As a result a new introductory pathway was created due to a high proportion of the 336 applicants not having the required skills and sector experience to join the main programme – 89 applicants were invited to join this new ‘Introduction to Planning’ pathway and 29 participants were sent learning resources.

The programme also faced some challenges in securing work for those who had completed it, according to what area they lived in. GEO says there is a need to target specific employers in some areas.

On the positive side, participants enjoyed the programme, particularly the coaching element and it was able to adapt fairly easily to Covid-19. Having originally been expected to run between April and September 2020, it was able to launch successfully in September 2020.

The ICT programme, delivered in partnership with the Local Government Association and Socitm, also drew a lot of interest, including 517 full applications and 122 applicants were offered a place on the programme, with 85 applicants accepting a place and starting training – just short of the 90 participant target. In the end 67 completed training.

As with planning, a new introductory pathway was created due to a high proportion of the 517 applicants not having the required skills and sector experience to join the main programme. Thirty three applicants were invited to join this pathway, with six confirming their interest and receiving learning resources.

The social work programme, run in two cohorts [for those with a break of 2-5 years and those with a break of 5-10 years], received 773 full applications to participate and the programme nearly met its overall target to recruit and onboard up to 200 candidates. Some 236 applicants were offered a place on the programme, and of these, 199 applicants accepted a place and 184 completed training.

Most were women (75%), of White ethnicity (57%), and were aged over 40 years (74%) – 49% of participants had ongoing caring responsibilities. Again there were challenges with securing placements after the programme for some – 89 placement opportunities were secured or completed and 44 participants undertook private study. At the end of the programme, delivered in partnership with the Local Government Association, the LGA reported that 133 of the 184 participants had registered with Social Work England. 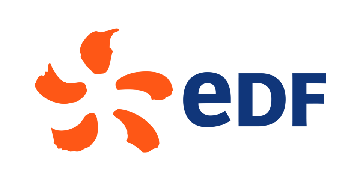 More than half of families with pre-school-aged children currently pay nothing in...read more

Around nine in 10 nurseries and pre-schools in England are opposed to government plans to...read more

Coach Claire Buckley on what has helped her get the #flexibility she needs after going #selfemployed. https://t.co/FQgVT6UNXE

@WorkingMums
A new #survey by the @EYAlliance finds widespread opposition to changes in #childcare ratios and that only 2% of ch… https://t.co/assC6ePyIZ