Pubs, hairdressers and restaurants in England to reopen in July

The Prime Minister has announced that hairdressers, pubs and restaurants can reopen from July in England so long as social distancing of one metre plus is possible and other mitigating factors are put in place.

Pubs, restaurants and hairdressers in England will be able to reopen from Saturday 4th July if they abide by the Government health and safety guidance, the Prime Minister has announced.

From the same date, two households will be able to meet up in any setting with social distancing measures and accommodation sites, some leisure facilities and tourist attractions may also reopen, if they can do so safely – this includes outdoor gyms and playgrounds, cinemas, museums, galleries, theme parks and arcades, as well as libraries, social clubs, places of worship and community centres.

Following a review, the Prime Minister has also set out that, where it is not possible to stay two metres apart, guidance will allow people to keep a social distance of ‘one metre plus’. This means staying one metre apart, plus mitigations which reduce the risk of transmission, such as wearing a face covering.

He added that venues such as nightclubs, soft-play areas, indoor gyms, swimming pools, water parks, bowling alleys and spas will need to remain closed for now. The Prime Minister also said that wraparound care and holiday clubs would reopen in July, but there was no detail and nothing has yet been officially published on this. Education experts say it will depend on whether this is possible in line with the government guidance.

The Government will keep all measures under constant review and says it “will not hesitate to apply the handbrake, or reverse measures” if infection rates start to rise.

Meanwhile, the Scottish Government announced that schools will re-open fully from 11 August if the infection rates continues to fall. However, it will not relax the two-metre rule and neither will Wales, whose schools are scheduled to reopen on 29th June. Northern Ireland has reduced tho two-metre rule to one metre to get more children into its schools, which will reopen on 24th August, with Primary Seven, Year 12 and Year 14 pupils returning then. Childcare will be reopened to all children from 1st July and childminders will be allowed to care for four families from 29th June and up to five in August. Some summer playschemes for children aged between nine and 13 will proceed, with key workers’ children first in line for places. 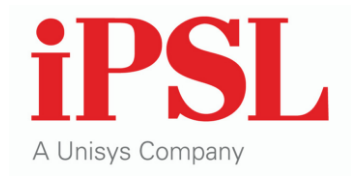 Why employers should destroy interview notes

Did you know that a potential candidate can use GDPR to gain access to their interview...read more

Councils are warning that childcare in rural areas could be impacted the most by childcare...read more

A range of organisations have called on the Government to address the funding crisis facing many nurseries. read more

A Women and Equalities Committee session heard yesterday about the impact of Covid in the childcare, social care and hair and beauty sectors while... read more