School closure will “almost certainly” increase inequalities, with children from better-off families spending 30% more time on home learning than are those from poorer families, according to a new study.

The study, for the Institute for Fiscal Studies, adds that whatever strategy the government pursues for reopening schools, there is a risk that it will increase inequalities because parents from lower incomes are less likely to send their children back.

The report says that, while fewer than half of parents say they would send their child back to school if they had the choice, higher-income parents are more willing for their child to go back to school. The IFS says this risks a situation where the children struggling the most to cope with home learning remain at home while their better-off classmates are back in the classroom. It highlights many possible reasons, for instance, the fact that people from more disadvantaged groups are more likely to have been affected by COVID-19.

The report finds that children in the highest-income fifth of families spend 5.8 hours a day on educational activities, over 75 minutes more than their peers in the poorest fifth of households (4.5 hours). Over the 34 days that schools will be closed if they reopen in early June,  it says students in the best-off families will have done more than seven full school days’ worth of extra learning time. If schools do not go back until September and current rates of home learning continue, that gap would double to 15 full school days. The IFS says: “This could have very substantial long-term consequences in light of evidence that even one extra hour a week of instructional time can significantly raise achievement.”

This is because of a variety of reasons, including lack of study space. The IFS says parents in the richest families are around 15 percentage points more likely than those in the poorest fifth to report that their child’s school offers active resources such as online classes, or video or text chatting, possibly because schools in more disadvantaged areas are worried about equal access to those resources. More than half (58%) of primary school students from the least well-off families do not have access to their own study space.

Teacher unions are calling on the Government to publish in full the scientific advice on whether it is safe for children to return to school. The NASUWT said: “Schools are looking to the Government for clear and unequivocal guidance on the health and safety measures they will need to have in place prior to reopening.

“The bottom line is that no teacher or child should be expected to go into schools until it can be demonstrated that it is safe for them to do so.” 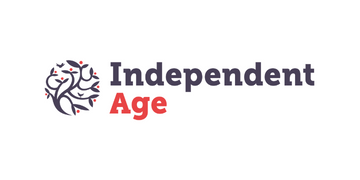