Claire Brown left a million miles an hour job in the City and is now working part time as Internal Communications and Corporate Social Responsibility [CSR] Manager at Carpetright. The post means she has enough time for her family and voluntary work and can use her skills and experience in a senior role.

Next post
Why inclusion matters to all of us

Claire has two children, one is nearly seven and the other nearly two. Until this autumn, Claire worked in the City for a large sports betting and gaming company. She had been there since 2008 doing internal communications, having started as a PA, moving to CSR/charity work and being trained by her boss to do internal communications.

“I loved the job, but it was very fast paced”, she says.

She had short maternity leaves with both children. When she had her first child she was working on CSR, having set up a programme for the company which became the blueprint for the gaming sector and attracted high levels of participation.

She took eight months off and returned full time to “a whirlwind”, having to pick up the slack left by her maternity cover and to deal with an office move and takeover.  After her second maternity leave ended, she was in a senior internal communications role and came straight back to a massive acquisition.

Claire and her husband shared their parental leave – she took the first half and her husband the second. He didn’t return afterwards as he was offered voluntary redundancy. He is now a stay at home dad, looking after the kids while also working as a freelance designer.

Claire decided that she needed greater flexibility and a better work life balance so she applied for the job at Carpetright which is just down the road from where she lives in East London.

Claire now works Monday-Wednesday from 8am to 4pm. What’s more, once she leaves she is not thinking about work all the time. It has taken a while to adjust.

“In a fast-paced technology business you can do five days and still do more. It was all quick fire communications,” she says. “Carpetright is very project-based and more strategic,” she says.

While Carpetright has a charity partnership, it doesn’t have a full CSR policy or an internal communications strategy and Claire is excited at making a difference and helping plug into local communities through working with schools and other organisations.

She hopes to help Carpetright get ahead of the curve. That means, for instance, getting employees to follow the company on LinkedIn and getting senior managers to write blogs. She is also excited about Carpetright’s commitment to diversity and is keen to highlight examples of flexible working, such as people working on job shares or in senior roles on part-time hours.

Claire, who is on a fixed-term contract, is passionate about flexible working and says younger workers now expect it since both parents are now working. “Everything has changed and companies need to catch up,” she says.

It’s not just parents either. Employees generally have a range of other responsibilities in their lives. Claire knows this better than most. On the two days she is not at work, she does a lot of voluntary work as she has been running her village’s residents association for the last five years.

That involves running events, such as fundraisers for Macmillan Cancer, writing newsletters and campaigning against gravel extraction.

The latter has occupied a lot of her time of late. The association was involved in a big legal process to oppose extraction which has meant Claire having to learn a lot of about legal and regulatory issues as well as give interviews to the media and sitting in on numerous meetings. In the end, the extraction has been given the green light. Her community experience gives her added value as an employee, particularly one working on CSR.

Claire says moving to part-time work and learning to prioritise has taken time to get used to, but states that she is now loving it. It also means she is more focused.

“Now I write a list the night before of my priorities so I don’t deviate,” she says. “It means I am more focused as I know what I need to achieve.” 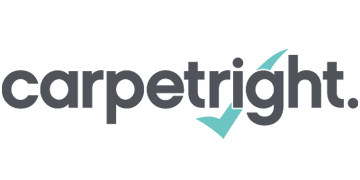 The Women and Equalities minister Liz Truss has announced a new approach to tackling...read more

Twenty-two employers who have gone above and beyond in their response to the Covid-19...read more

Sarah Brindley is a train driver with @northernassist and says the #flexibility and #support her employer has given… https://t.co/e9osWTIkF7

Goldman Sachs' recent announcement that it will not take a company public unless it has a woman or member of an ethnic minority on the board shows how... read more

A report from the Fawcett Society says the UK is “generations away” from achieving gender equality as women remain seriously underrepresented in... read more

How to inspire the next generation of females in tech

Rachel McElroy from Solutionize Global outlines how tech needs to open up to let a more diverse range of entrepreneurs in. read more