Next post
Evening jobs - what are the pros and cons?

The survey of 400 recruitment consultancies by the Recruitment and Employment Confederation and KPMG also showed overall demand for workers increased at the slowest rate since March 2021, although the availability of staff continued to deteriorate rapidly, with the rate of decline the quickest for three months. Efforts to attract and secure candidates led to further marked increases in starting pay, though rates of salary and wage inflation softened slightly since May.

Hotel & Catering saw the sharpest upturn in vacancies overall, followed by IT & Computing and Nursing/Medical/Care.

Claire Warnes, of KPMG, said: “The apparent buoyancy of the jobs market overall continues to mask some increasingly concerning trends. The fluctuations in demand for permanent and temporary workers in some sectors may be showing a sustained downward trend as . . . economic pressures are impacting employers’ confidence to grow.”

Meanwhile, Arla Foods, the UK’s largest dairy cooperative, has warned of a ‘chronic shortage’ in dairy farm workers which could push up prices. Its survey showed that 80% of its UK farm owners looking for workers said they had received very few or zero job applications from people with the right experience or qualifications. Almost two-thirds (61%) of dairy farmers reported it was more difficult to recruit workers than in 2019, while nearly 12% of dairy farmers are considering leaving farming altogether in the next year if nothing changes. The survey found that farmers are blaming Brexit and Covid for their recruitment problems, saying that the combination of the end of free movement for EU workers and the aftermath of the pandemic, along with other economic factors, is making it harder to find suitable staff. The industry is now calling on government to add specialist roles, such as herd manager, to the UK’s shortage occupation list.

In other news, Amanda Pritchard, chief executive of NHS England, wrote to staff yesterday to lay out plans to cut a third of staff working in its central offices in England, which could mean the loss of more than 6,000 jobs. She wrote: “We expect that, by the end of 2023/24, the new single organisation will be at least 30%, and up to 40% smaller than the current combined size of NHS England, Health Education England and NHS Digital.”

In pay news,  NatWest has followed Lloyds and Barclays in providing a pay boost to staff to help them cope with the cost of living crisis. The bank is to give more than 22,000 staff an average annual pay rise of around £1,000, with those earning less than £32,000 receiving an additional 4%. NatWest’s chief executive, Alison Rose, said: “The continued rise in the cost of living is impacting people, families and businesses in the UK and across the world. Our focus is on working with our customers, colleagues and communities and providing proactive support to those who need it most. We are also aware that many of our customers and communities are feeling the strain, which is why we continue to develop our support for them, just as we did throughout the pandemic.” 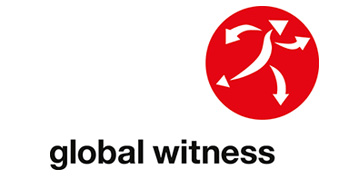 Previous post
What's the latest on long Covid and work?
Next post
Evening jobs - what are the pros and cons?