The Government has revealed a big rise in Universal Credit claimants amid the coronavirus crisis as benefits experts call for more changes to avoid big long-term poverty issues.

The Department for Work and Pensions has revealed that 950,000 successful applications for Universal Credit payments were made in March after people were advised to work from home.

The Department would normally expect 100,000 claims in a similar two-week period. Torsten Bell, director of the Resolution Foundation thinktank, said: “It is not remotely normal even in the grim circumstances of a recession. While attention has understandably focused on new retention and self-employment schemes, Universal Credit delivering in the face of this huge jobs shock is the key to many families avoiding real hardship.”

From this month, UC and benefits payments, including tax credits, are rising by 1.7 per cent, after a five-year benefits freeze, although the Resolution Foundation says this does not reflect the rise in household bills over the period. The Chancellor has also announced increases in UC and working tax credit as a result of the COVID-19 crisis.  Both will increase by £20 per week on top of planned annual uprating.

The Government says families who are struggling during the five-week wait for Universal Credit can ask for advances, but these then have to be paid back over the next months. The Salvation Army says this could store up problems for the future, forcing thousands of citizens into debt, calling it a “point of critical failure that the Government must address”. It wants to see advances replaced by grants.

The Child Poverty Action Group is also worried about the long-term impact of COVID-19 on poverty. It says: “Many families will remain dependent on the UC system, and will struggle with delayed first payments and a cluster of design and delivery problems. Even with an adult rate of around £94 per week – which represents the biggest increase in unemployment benefits for 20 years and an improvement on the poverty levels we have become used to – many families will still experience hardship. For example, an out of work family with two children will still be 20% below the poverty line, despite the recent uplift.”

It is calling for urgent help for families on benefits, including:

• emergency support for families with children, with a £10 increase in child benefit as the top priority plus the removal of the benefit cap and the two-child limit;
• changes to universal credit and legacy benefits that will directly benefit families, including a pause on sanctions and work-related requirements and removing the hours limit for tax credits;  and
• more money to local authorities so that local welfare assistance schemes are able to provide cash
support.

Meanwhile, a survey by the British Chambers of Commerce has found that 62% of UK businesses have only enough capital to keep operating for the next three months, with 18% saying they could only survive for a month. The survey found that companies were planning to put large numbers of workers on furlough after the government guaranteed that the taxpayer would pay 80% of staff salaries up to £2,500 a month. Furloughed workers are not allowed to do any paid work while they are on the scheme.

Nic Redfern, finance director at KnowYourMoney.co.uk, commented: “The BCC’s new Coronavirus Business Tracker might not make for pretty reading in the weeks ahead. But it’s an important and useful tool that will provide us with a window into the impact of COVID-19 on the private sector.

“In truth, it’s still really early days. Some of the Government’s financial support schemes are yet to come into action, while business leaders also need time to understand exactly which ones could help in their situation and how to access them. Plus, we’re likely to see more Government intervention over the month ahead.

“As such, we shouldn’t panic. Rather, preparation and education are extremely important at this time. Businesses must assess their options and then take the necessary action, which may include making cutbacks, furloughing staff or accessing business loans – leave it too late, and such actions will be in vain, so making and implementing an informed strategy as soon as possible is key.” 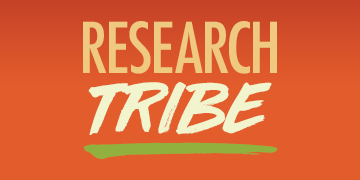 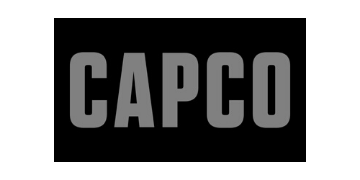 Lawyers warn workers returning from holidays in Spain could be penalised

British holidaymakers who travelled to Spain before the government announced it was...read more

Union opposes move to force civil servants back to the office

The leading union representing civil servants has told members not to let themselves be...read more

Employees could end up being sacked or being put on unpaid leave if they are forced to quarantine after coming back… https://t.co/xMryXC4hGn

@WorkingMums
RT @WorkingdadsUK: Are you a working dad who wants to keep your flexible working arrangements going post lockdown? @jesschivers of @TalentK…

@WorkingMums
A recent webinar shows that now is the time to consider changing to a four-day working week. @UniofOxford https://t.co/uARG50PaYf

Universal Credit in a time of crisis

Universal Credit - particularly the sanctions regime and the five-week wait - was already causing problems before the pandemic at a time of record... read more

Four working single mums have won a Court of Appeal case against the Department for Work and Pensions over the rigidity of the Universal Credit system... read more

The Government has launched a scheme to refund smaller employers whose employees have been on sick leave due to the coronavirus pandemic as latest... read more

New analysis shows a steep increase in applications for Universal Credit as statistics show high levels of employment before the pandemic. read more