A new survey of the first two weeks of lockdown shows significant health issues – both mental and physical – for homeworkers, exacerbated by anxiety.

Next post
Working from home with kids: advice for employers

The first mental health survey of employees working remotely due to the coronavirus lockdown shows high levels of anxiety and physical ill health, including musculoskeletal issues and sleep problems.

The interim findings of a study by the Institute for Employment Studies shows half of all respondents (50 per cent) reported not being happy with their current work-life balance; a third (33 per cent) frequently feel isolated; over a fifth (21 per cent) are worried about job security, while just under half (41 per cent) said they had health concerns for family members.

The survey findings captured during the first two weeks of the ‘lockdown’  and shows a significant increase in musculoskeletal complaints. More than half of the survey respondents reported new aches and pains, especially in the neck (58 per cent), shoulder (56 per cent) and back (55 per cent), compared to their normal physical condition.

One fifth (20 per cent) of respondents admitted to an increase in alcohol consumption, while a third (33 per cent) are eating a less healthy diet and over half (60 per cent) acknowledging that they are exercising less.

The majority of respondents also reported a loss of sleep due to worry (64 per cent) and corresponding increased symptoms of fatigue (60 per cent) and nearly half (48 per cent) reported working patterns that include long and irregular hours.

“Employers need to recognise they are still responsible for the wellbeing of their staff, even when working from home, and there are a number of steps they can take to improve employee wellbeing.”

Based on initial survey findings, IES recommends that employers:

•        Make sure the home ‘office’ set-up is safe and ergonomic and that employees are mobile and take exercise.

•        Focus on ‘high risk’ groups by identifying employees with financial concerns, eldercare, those struggling to adjust, those prone to feelings of isolation and those at risk of domestic abuse.

The interim findings have been drawn from the initial 500 respondents to the survey. The IES Working at Home Wellbeing Survey remains open for the duration of April. 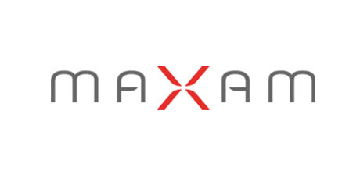 How to update your CV if you have been furloughed

We have had more and more individuals who have recently been furloughed seeking our...read more

Even before the latest raft of guidance for England was released this week, we have been...read more

RT @WorkingMums: We know many parents have questions regarding work during and beyond lockdown. What their rights are & what employers can…

@WorkingMums
We know many parents have questions regarding work during and beyond lockdown. What their rights are & what employe… https://t.co/6uXIunhpVB

@WorkingMums
Can my employer sack me if I have no #childcare and can’t come to work? This question and more will be answered on… https://t.co/7G9yx3bPC9

Previous post
How are nurseries coping with coronavirus?
Next post
Working from home with kids: advice for employers

A webinar today by Peninsula UK sought to address some of the questions employers have about return to work in advance of Sunday's government... read more

A passion for pensions…and making them easier to understand

We speak to Romi Savova, founder of PensionBee, about what motivated her to start the pensions company and how she is managing in the current crisis. read more