Next post
Call for paid bereavement leave right for all employees

The Chancellor Rishi Sunak has announced an above-inflation pay rise for almost 900,000 public sector workers, but there is anger about those who are not included, such as social workers.

Teachers will see the highest increase – 3.1% – while doctors, police, prison officers, National Crime Agency staff, members of the judiciary, senior civil servants and members of the armed forces will see an increase of between 2% and 2.8%. Each pay award is recommended by independent pay review bodies and the government has accepted each suggested rise this year.

Sunak said recent months “have underlined what we always knew, that our public sector workers make a vital contribution to our country and that we can rely on them when we need them”. He added: “It’s right therefore that we follow the recommendations of the independent pay bodies with this set of real-terms pay rises.” However, he indicated that pay rises may not last, telling government departments that there would be restraint with regard to public sector pay over the next three years.

TUC General Secretary Frances O’Grady said: “These rises are welcome, but there’s still a long way to go to restore pay after a decade of real terms cuts.

“Many public sector workers – like job centre staff and local government workers – aren’t getting these rises. They deserve a decent pay settlement too.

“And the government should urgently announce a pay rise for social care workers, who put their lives on the line to care for others during this pandemic.”

Meanwhile, more than 90 UK based retailers, including Asos, Missguided, New Look, Next and River Island, along with MPs, have written to Home Secretary Priti Patel urging the government to create a licensing scheme to prevent garment workers from being exploited and to ensure they are paid the national minimum wage. The letter comes in response to allegations that a factory in Leicester, which produced clothes for online fashion brands Boohoo and Nasty Gal, had paid workers as little as £3.50 an hour. Coordinated by the British Retail Consortium, the letter read: “These reports on the terrible working conditions people face in UK garment factories add weight to concerns which have been raised over the last five years – about the gross underpayment of the national living wage and serious breaches of health and safety law in these workplaces. Unless action is taken now, thousands more people will likely face exploitation.”

Another big employment rights issue concerns Uber which is going to the Supreme Court to appeal an employment tribunal decision in 2016, which ruled 35 claimant drivers were entitled to minimum wage, sick pay and holiday while they were using its app. Uber maintains its drivers are self-employed and use the app, which they can turn off whenever they want, to accept work when they choose. 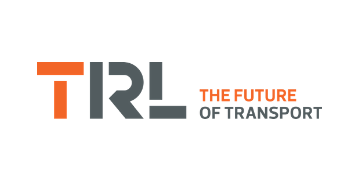 RT @WorkingMums: Child expert Dr Kathy Weston gives some advice on how working parents can help support their children with return to schoo…

@WorkingMums
RT @WorkingMums: Many employers are not aware of the ongoing #childcare issues for parents and there are fears that they may make decisions…

When working from home is not safe

A new helpline for employers will help them signpost employees who are victims of domestic abuse to the support they need. read more

Learning and development after Covid

How have employers' learning and development needs changed as a result of Covid-19? A new white paper details some of the trends. read more

Employers join together to prioritise mental health at work

Thirty-three employers have signed an open letter calling for employers to prioritise mental health in the workplace. read more

Furlough fraud: how businesses can ensure their furlough scheme claims are lawful

Kate Palmer from HR experts Peninsula UK gives employers advice if they fear they may have mistakenly claimed for furloughed staff. read more