The sandwich generation: a growing issue

Older mums have been in the news again as the Royal College of Midwives warns that the trend towards having babies at a later age is putting pressure on maternity services due to the greater risk of complications.

But it’s not just that mums are facing the challenges of having and caring for children at a later age. Being an older mum also increases their likelihood of falling into the so-called “sandwich generation” – those who both look after young children and elderly relatives. And, despite advances, it is still women who are more likely to be doing the caring. The cuts in care services are only exacerbating these pressures.

A recent survey of 2,000 adults by LV= estimates over a million people in the UK are looking after both children and elderly parents. It found 44% of people in the so-called “sandwich generation” have to balance working full time with spending an additional 19 hours each week caring for a parent or older relative and twice as many hours (39 hours per week) looking after a younger relative.

The pressure this puts on them can be immense. In the last few years elder care has become the main reason in the US for women dropping out of the workforce. In the UK, a recent IPPR report found older mothers who are caring for parents are more likely than men to have given up work as a result of their greater caring responsibilities and that this disparity is particularly acute for older women on low incomes.

Jenny Moloney gave up her job in financial journalism after her dad suffered a bad fall and her father-in-law sustained similar injuries a year later. Between work, looking after her children and elder care she felt overstretched and needed more flexibility so she retrained as a financial adviser. This meant she could control her own time so if her children were ill or she needed to see her parents, she no longer had to ask for time off from a manager or worry about the impact that would have on her team. “Corporate companies are now very flexible about childcare, but not necessarily about elder care and it can be very challenging if your parent needs help and they live quite a distance away,” she says.
Caring has, however, been rising up the HR agenda in the most progressive companies for the last few years with many recognising that employees may face a double care load and how this impacts on the workplace.

A report published last year by the Chartered Institute for Personnel and Development found more than one in three employers reported that absence levels had increased because their staff were struggling to cope with their caring responsibilities outside of work. Nevertheless, only one in six employers had policies in place to help achieve a better balance between home and work lives. The CIPD thinks this is a wake-up call for business. Dr Jill Miller, CIPD Research Adviser, says: “It’s absolutely vital that employers have strong wellbeing policies in place, and communicate the benefits of flexible working to their employees, who all have the right to request to work flexibly under new legislation. But most importantly, line managers need to receive adequate training on how to have constructive discussions with their staff about the various benefits available to them.”

The Employers for Carers Forum aims to highlight caring, which it says affects one in nine of the workforce, a sixth of whom will give up work or reduce their hours to care.

It says three in five people will end up caring for someone at some point in their lives, with the number of carers in the UK set to grow from six million to nine million in the next 30 years. That makes it an issue employers cannot afford to ignore.

It’s an issue that also made it into the general election campaign.The Liberal Democrats promised a £150m carers package and five paid days a year of additional “care leave” for the 6.5 million carers across Britain.

Individual employers are also recognising that caring is becoming a bigger issue. Centrica has an innovative carer’s leave policy whereby they provide up to one month of matched leave. That means a person can book, say, a day off for care needs a year and Centrica will match this by doubling the leave.

Last year it set up a pilot training programme for managers with Working Families and Employers for Carers which was focused on carers and flexible working. The hook for the programme was the extension of the right to request flexible working to all employees. Those taking part were managers who had people with caring responsibilities in their teams. Centrica is looking at embedding this in its line manager training programme in early 2016.

There is an increasing awareness of the different challenges workers may face at different points in their lives and the need to support these so that employers retain and get the best out of their staff.

Russell Beck, Head of Consulting at Impellam Group Plc who had delivered seminars on multigenerational working, says companies often don’t focus on the changing demographic make-up of their workforce. One area where they have a blind spot, he says, is the growing number of women graduates coming into the workforce and the impact this will have if companies don’t accommodate women, many of whom will go on to be mums. “Many corporates are heavily male-dominated. That alienates two thirds of their talent pool. Very few businesses realise that there are so many demographic shifts going on,” he says. “They are just carrying on as normal.”

Beck adds that work culture and management style needs to adapt to get the most out of a multigenerational workforce. “It should be more like coaching. There should be bi-directional feedback. It shouldn’t be authoritarian. The hierarchical nature of work is breaking down and collaboration is vital,” he says. “Engagement and transparency are important. People need to be treated like grown-ups.”
He adds that one of the key barriers to a changing work culture is short term thinking. “Businesses need to be called out on this and they need to enable people to call them out on it though creating an engagement culture,” says Beck. “Otherwise they will lose out in the long term.” 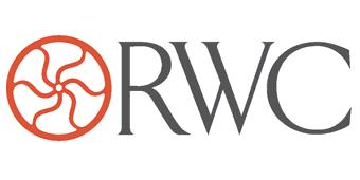 Why employers should destroy interview notes

Did you know that a potential candidate can use GDPR to gain access to their interview...read more

Councils are warning that childcare in rural areas could be impacted the most by childcare...read more

Motivation at work in Covid times

A new survey says remote workers lack motivation, but aren't we all losing a bit of motivation as a result of Covid pressures and uncertainty? read more

Five ways you can be happier working from home

SME support expert Luke Sanderson gives his advice on how to make the best of working from home, based on years of experience. read more

Spain is on the point of approving its first Law on Remote Working. read more