There’s no such thing as certainty

There’s a lot of talk about certainty, but in today’s world uncertainty is something we are going to have to get increasingly used to.

Everyone seems to be banging on about certainty these days. I just want certainty, someone told me the other day. Businesses want certainty, we are told every five minutes. While it is important to know the precise nature of the problem you are dealing with, for instance, when it comes to Brexit, certainty is likely to be in short supply when there are still trade deals to forge and the chance of a no deal scenario.  In any event, certainty in the world of employment is likely to be scarce in the next decades generally. Everything is shifting all the time – established companies are falling, new ones rising almost overnight, jobs changing, new sectors starting up… Adaptability – flexibility if you will – is possibly the most important skill anyone can possess in today’s climate. The problem comes when that flexibility is not properly valued.

Young people have only known this lack of certainty. They are caught up in a world of insecurity and change and trying their best to navigate it. They are linking up to find positive ways to deal with the world as it is – look at the protests happening around the world, most of them led by the young.

Many of their parents and grandparents, however, worry about the present and are afraid of the future. They hark back to times viewed as more stable and certain, the things they know or think they know. That’s understandable, but it doesn’t offer any solutions.

Technology will not cease to exist because it is problematic. Climate change will not go away by pretending it isn’t happening. The issues associated with our ageing population are not going to disappear by kicking them into the long grass. Britain cannot relive its past, even if it wanted to. The world has moved on. We need to face the future and find realistic ways to deal with both the positives and negatives it offers.

Yet rather than do that we are letting ourselves be distracted by fantasy rabbit holes. That does no-one any favours, particularly the young and particularly those who are most vulnerable.

What kind of safety net do we have if any of the various predictions about unemployment come to pass? Universal credit? Food banks? What kind of preparation are we doing to upskill people of all ages so they can compete with automation and get the new human jobs that will become available? Apart from a few employers doing their own thing, there is little evidence of any concerted national effort. Yet there are massive unfilled vacancies across sectors.

My partner works in social care. There is no evidence at all of any planning past the very short term. Everywhere you look things are at breaking point due to austerity and staffing shortages. In social care it is about getting through the next hour rather than the next decades.

I work in higher education. The general view is that Brexit will be a disaster for higher education. And yet we are supposed to be in a ‘knowledge economy’. Over in the Far East billions are being poured into higher education. The UK, cut off from not only funding but easy access to research networks in Europe, will struggle to compete. It is from our universities that new quality jobs in the tech sector and elsewhere have sprung up. Yes, the fruits of these have been thinly spread, but it takes time, investment and forward planning to create the infrastructure needed to ensure all areas benefit, particularly those most impacted by industrial decline; most importantly we need to have the lifelong learning structures in place to ensure people have the necessary skills to take the jobs on offer.

When facing uncertainty you have to map out scenarios and prepare the best you can. Otherwise you will just be buffeted by events. It is very easy to be negative about everything, to turn inwards and blame others for national policy failures, to fear change when there is so much of it about and so much seems worrying. It is much more difficult to come up with a positive, realistic and resilient vision for the future. 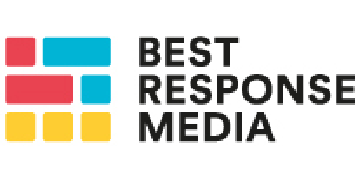 #Franchise of the Week: Nutritional Ninjas - #Flexible #Homeworking with a comprehensive training programme to e… https://t.co/IW5GOYwKS8

@WorkingMums
With frustration over lack of sustained progress for #women at work boiling over, businesses are running out of tim… https://t.co/lyMj2q7XLG

This year's workingmums annual survey has been launched and the aim is to give a more comprehensive picture of the impact of parenting on work. read more

A new survey shows that demand for flexible working is highest for younger people, that the majority of men and women consider it important and that... read more

Should we have a right to disconnect?

Labour's Rebecca Long-Bailey has proposed the UK adopt a French-style right to disconnect, but would that work when many people don't work traditional... read more

Should I be paid overtime if I am part time and working over my hours?

I work 30 hours per week. The company’s standard employment contract states that employees may be required to work overtime and that their salary... read more