Less than a quarter of dads work flexibly and only four percent work part time despite flexible work legislation applying equally to mums and dads, according to a major survey by workingmums.co.uk and sponsored by Care.com, the world’s largest online care destination.

The workingmums.co.uk annual survey of more than 2,500 women shows that only 27% of working mums said they split childcare and housework equally with their partners, even though 18% earned more than their partners [a further 19% are the main breadwinners in their families as a result of being single parents].

Most women who responded to the survey returned part time after maternity leave or started a new job and some 56% said they earned less pro rata than before they had children. Research shows men’s wages typically go up after they have children.*

Despite this traditional divide in caring roles, 41% of women said they would consider sharing their maternity leave with their partners when shared parenting legislation comes into effect in 2014.

In rating what defined a family-friendly firm, the provision of flexi hours was more popular than part-time jobs. Moreover, some 66% of women said some homeworking would encourage them to work full time.

For those not in work, lack of appropriate flexible working is still the number one barrier to their return with the cost of childcare coming second.

Some 58 percent of mothers who aren’t working cited childcare costs as a factor in preventing their return to work and 53% said that grandparents helped out with childcare, a 10% increase since 2011.

The amount parents paid for childcare ranged significantly with 36 percent paying nothing and 18 percent spending more than £500 a month.

Gillian Nissim, founder of workingmums.co.uk, said: “It is interesting to note how few partners of working mums work flexibly.

This may be for all sorts of reasons, but it reinforces traditional divides between men and women both at home and in the workplace and leads to the stresses associated with women effectively doing a double shift.

As flexible working becomes more normalised and accepted as a benefit for both workers and businesses it is to be hoped that it will become harder for employers to discriminate against women and easier for women to progress in their careers.”

Sigrid Daniel, UK Country Director for Care.com, said: “The need for flexible, affordable childcare continues to be the driving force for mothers joining or returning to the workforce. This data makes it clear that there is room for improvement in the workplace, and companies who are offering alternatives to support them both in motherhood and their careers are going to reap the rewards of the huge pool of untapped female talent available.” 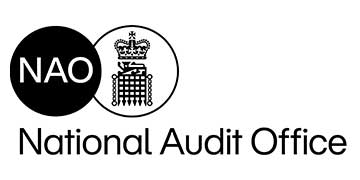 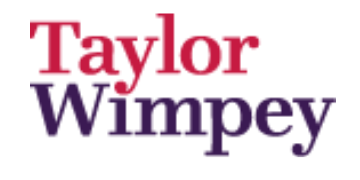 The definition of redundancy, as is relevant to your particular case, is a reduced...read more

There’s a danger that #diversity and #inclusion get pushed down the agenda in the economic fall-out from #COVID19.… https://t.co/mkXqFiaeMv

@WorkingMums
Employees with over 2 years’ service who were dismissed because they lacked #childcare would be able to claim unfai… https://t.co/hVlblKLCUL

Most employers will continue homeworking

A new survey shows 55 per cent of employers plan to continue with homeworking for the moment. read more

Facebook has joined other tech employers in saying some employees will be able to work from home permanently, as Germany announced a scheme to... read more

Survey shows many plan to ask for permanent flexible working

A new poll shows that 44% of people say they plan to ask for permanent flexible working following the coronavirus restrictions. read more