Tuped over, but there are no part-time manager roles

I have just Tuped over to a new company. I worked for over a decade as a team manager on part-time hours. The new company do not have part-time team managers so I am now unable to manage a team. They keep giving me different jobs to do in other areas so I don’t know what I am doing from one week to the next. They are giving me jobs that I have never done before and I find it stressful. I don’t want to work full time. How long can this go on for?

Under TUPE, the starting point is that any changes to your contract as a transferring employee will be void if the sole or principal reason for the change is the transfer, subject to the following exceptions:

–       The sole or principal reason for any change is an economic, technical or organisational (“ETO”) reason entailing changes in the workforce provided that you agree to it; or

–       Your contract allows the employer to make that particular change

–       Terms are incorporated from a collective agreement, for example, through trade union membership provided that the change takes effect more than a year after the transfer occurs and the change of terms ‘when considered together’ are no less favourable to you

–       The transferring company is subject to relevant insolvency proceedings.

We understand that you are no longer able to carry out your duties as a part-time team manager because the set-up of the new company is that there are no part-time managers. If you have been offered a full-time role in an attempt to bring your role in line with that of the full-time managers in the new company, it is possible to argue that the reason for this change is the transfer itself and therefore does not satisfy the requirements above. In any event, I do note that you do not want to work full time, meaning that your new employer is not likely to have been able to secure your agreement to the change regardless.

Where the above is the case,

Please also note that you may lose any entitlement to redundancy payments with options 2 and 3.

We understand that you are being given different jobs to do that you are not familiar with and this is causing you stress. As explained above, employers should generally not change an employee’s terms and conditions unless the above conditions are satisfied. It is arguable that the constant changes to your duties amount to a unilateral change in the terms of your contract which amounts to a breach of contract. However, it is possible that there is a clause in your contract which allows your employer to change your duties as required by the business, in which case they would be in their right to do so. However, the extent of the effect of any such clause will depend on the exact wording of the clause in question.

There is generally an implied duty for employers to provide reasonable support to enable employees to carry out their duties.  Reasonable support could include the provision of resources, tools or even support staff. If it is the case that the reason why you struggle with the new duties is because you do not have reasonable support from the employer to carry them out, your employer could be in breach of contract for which you could resign and claim constructive dismissal.

It may also be possible to argue that your original role (as a part-time team manager) is currently redundant as there appears to no longer be a role for part-time managers. If this is the case, given that you have over a decade of service, you would be entitled to a redundancy payment if your contract was terminated by the new employer. Redundancy is a potentially fair reason for a dismissal and, where your employer is able to prove that there was a genuine redundancy situation in relation to your role, they may have a defence against unfair dismissal if you were dismissed on that basis.

They would, nonetheless, still have to follow a fair process to be able to fully rely on that defence. Depending on your salary, it is possible that your new employer is not in a position to pay out on a redundancy package as this may be a hefty figure and the different jobs you are being asked to do are an attempt to keep you on. Redundancy rules require employers to make reasonable efforts to look for alternative employment for potentially redundant employees. They must also offer a statutory minimum trial period of four weeks , the purpose of which is for both parties to assess the suitability of the alternative employment.

You can, of course, refuse the offer, but your refusal should be on the basis that the new role is not suitable. Suitability requires an assessment of the nature of the whole job offered (status, content, terms, hours etc) and how it suits you as the particular employee in question. If you refuse an offer that is later found to be suitable, you risk losing out on any redundancy payment entitlements.

It may be possible to argue that any requirement for you to work full time is discriminatory on the grounds of your age, if it can be shown that being required to work full time puts employees of your age group are at a particular disadvantage and that you suffer that disadvantage yourself. It would be for the employer to show that the practice of not having part-time managers is a proportionate means of achieving a legitimate aim, for example, a necessity to properly carry out the team manager role. 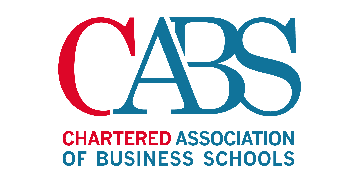 There have been so many statistics flying around about who has been hardest hit work-wise...read more

Unemployment rose to 5.1% in the three months to December, driven in part by falls in self...read more

"Studying these women made me see motherhood differently. It made me feel influential and strong with an important… https://t.co/PlpI8JDARr

@WorkingMums
RT @WorkingdadsUK: The power of telling stories. Coach Ayesha Murray writes for us on how men writing and talking about their experiences c…

@WorkingMums
Women’s #unemployment is estimated at 4.8%, while men’s increased to 5.4%, according to the @ONS. #unemploymentrate https://t.co/gv6lIZYJsC

Johnson announces roadmap out of lockdown

The All-Party Parliamentary Group on Women and Work wants to see a taskforce set up to ensure women don't get left behind in the economic recovery. read more

Fifty six per cent of pregnant women working outside the home don't feel safe, according to a new survey. read more