Experts warn quarter of a million jobs could be lost as furlough winds down as a report says that many are still working below their pre-Covid hours.

Experts warn that around a quarter of a million jobs in the UK are likely to be lost  as the furlough scheme winds down, pushing unemployment to its highest level in six years, as a think tank reports that skills shortages are patchy, many are working below their pre-Covid hours and wage rises not as high as some have suggested.

The report comes as fears rise for unemployment in July when the government’s subsidy for the Job Retention Scheme falls to 70% in July and to 60% in August and employers have to make up the shortfall to 80%. The scheme ends on September 30th.

John Philpott, an independent labour market economist, estimates that around 250,000 jobs “will disappear because of continuing uncertainty about demand in certain sectors and workforce restructuring caused by the pandemic”.

JP Morgan estimates that almost 500,000 workers are likely to still be on furlough by the end of September, with economist Allan Monks predicting a 273,000 rise in unemployment by the end of the year, pushing the jobless rate to 5.5% – the highest level since 2015.

Meanwhile, the Resolution Foundation think-tank calculates that 2.3m people are still not working fully compared with their activity before the pandemic.

The Foundation’s research identifies encouraging signs for the UK labour market. Its latest online YouGov-commissioned survey of 8,000 workers finds that four-in-five employees who were furloughed during the first and second national lockdowns are now back working, while vacancy rates are now higher than pre-crisis levels.

However, despite this and skills shortages in some areas total hours worked in the economy remain around seven per cent below pre-crisis levels – a fall comparable to the height of the early 90s recession. And around 10 per cent of those who were self employed before the crisis are no longer working.

Official data also hugely overstates the level of pay rises currently taking places, says the Foundation. Bumper growth in average weekly earnings is the result of lower-paid workers dropping out of the workforce and the effects of the deep economic shock last year, rather than a strong uptick in individual workers’ pay.

By analysing trends in typical wage growth over the past two-year period to partly remove these effects, the Foundation finds that underlying annual wage growth is just over 2 per cent – a third lower than it was pre-crisis.

The research also shows that the average time taken to fill job vacancies – with longer times a good indicator of labour shortages – remains shorter now than it was pre-crisis, despite the talk of unprecedented shortages, though it has been rising in recent months.

The Foundation says that while there clearly are genuine labour shortages in some parts of the economy they reflect the nature of the pandemic we’re still living through, rather than the state of the wider labour market or the furlough scheme holding back people’s return to work as some have claimed.

It notes that the struggle to recruit in parts of the hospitality sector is likely to be due to the speed of its reopening from an almost complete standstill. The fact that the sector also recruits heavily from a young, and largely unvaccinated, population may also be playing a part with people under 25 far more likely to have worked in hospitality (31 per cent) than to have been jabbed (22 per cent).

The Foundation’s analysis also shows that those who previously worked in the hardest hit sectors such as hospitality are 30 per cent more likely to have taken jobs elsewhere mid-crisis. And while they seem open to moving sectors again, that is disproportionately a wish to move to yet another sector rather than back into the likes of hospitality.

The Foundation says that with the UK still having a ‘Covid employment gap’ of over two million people, representing the fall in employment since the start of the crisis and people on furlough, it is clear that while the labour market is improving fast, it is doing so from an exceptionally weak starting point.

The report concludes that labour shortages in some sectors are part of the bumpy ride we should expect as we recover from the pandemic, rather than a total disaster for the economy or evidence of a new dawn of worker power.

Gregory Thwaites, Research Director at the Resolution Foundation, said: “The UK economy is bouncing back rapidly after a deep and painful recession. It’s particularly welcome to see so many furloughed staff back working again.

“But these encouraging signs risk breeding dangerous complacency, as people over-play the health of the labour market, and under-play the risks that still lie ahead.

“A recovering labour market is not the same as a recovered one. Labour shortages in hospitality aren’t a huge problem, and there is no real evidence of a new pay boom. Instead these things are part of the bumpy ride that emerging from a pandemic inevitably involves.” 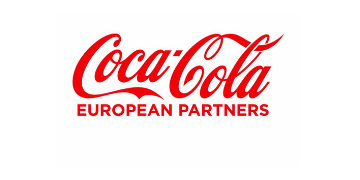