A series of reports on childcare came out before Christmas. They raise important questions about Government policies, but suggest how employers could help too.

The run-up to Christmas saw a number of reports published on childcare by the Government, with one Select Committee report coming out on Sunday 23rd December. Since many people’s minds were perhaps not entirely focused on the news, it is worth running through them now in the cold light of the new year.

One report from the Department for Education, published on 17th December, looked at local authority provision of children’s services. It found younger disadvantaged children are losing out on childcare places due to the government’s 30 hours policy of ‘free’ provision for eligible three and four year olds. The ‘free’ are in single quotation marks because many parents are having to pay for extras like food and nappies.

The report said that 44% of local authorities who replied to its questionnaire had experienced difficulties over the last year in implementing free childcare for disadvantaged two year olds.  Some 38 per cent said that the introduction of the 30 hours policy for three and four year olds had caused difficulties for the implementation of the disadvantaged two-year-old offer of 15 free hours care. Childcare providers have complained that the Government is failing to cover the full cost of the 30 hours places, leaving them out of pocket and charging for extras, reducing places or putting up charges for younger children.

The report also showed a fifth of authorities who responded to the survey reported difficulties in implementing the universal funded early education entitlements of 15 free hours for all three and four year olds. The 30 hours policy is open to children whose parents both work (or the sole parent is working in a single parent family), and each parent earns a weekly minimum which is equivalent to 16 hours at the national minimum wage, but is less than £100,000 per year.

Meanwhile, a Department for Education report released on 20th December showed children living in the most deprived areas are least likely to receive formal childcare. It also revealed a significant drop in parents accessing afterschool childcare.

Interestingly, the report also looked at awareness of government childcare policies. The statistics show wealthier families are more likely to know about the 30 hours policy – 89% of those earning £45,000 or more per year knew about it, compared to 68% of those earning under £10,000.

With regard to tax-free childcare, which allows parents who pay upfront childcare fees to claim back some of the costs, only 27% of parents with a child aged under 12 were aware of it.  Although parents who get working tax credits [which now come under Universal Credit] cannot claim tax-free childcare, this shows that there is still a lot of work to do to inform parents of their rights to childcare support.

Tax-free childcare has faced significant criticism since it was brought in – there have been technical problems with the website where parents register and the need to pay upfront costs has made it difficult for parents on lower incomes to claim.  One of the reasons for bringing in tax-free childcare was to help parents who did not have access to childcare vouchers through their workplace have similar levels of help with costs. As a result, childcare vouchers have now been terminated for new joiners.

A Work and Pensions Select Committee report, published on 23rd December,  investigated Universal Credit and childcare.  It said the design of Universal Credit childcare support directly conflicts with the aim of making it easier for claimants to work, or to work more hours. That is because Universal Credit claimants have to pay for childcare up-front and claim reimbursement from the Department after the childcare has been provided can leave households waiting weeks or even months to be paid back, exacerbating any existing financial problems.

It calls for direct payments of Universal Credit childcare support to providers and, while this is being implemented, for the Government to help claimants with upfront childcare costs.

Support for upfront childcare costs is offered to those working for Greater London Authority organisations. Its package of support for workers includes a childcare deposit loan which helps parents to pay upfront deposits on nurseries.

Support for upfront costs, particularly deposits, is an interesting way for employers to help with childcare costs and could be a significant addition to family friendly policies. At a time of skills shortages when retaining experienced people matters, when childcare costs are such a huge consideration for parents and with flaws in  Government policies identified, it is worth employers looking at new ways they can help out, in the absence of childcare vouchers for new parents. 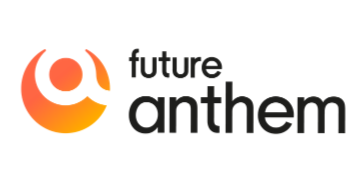 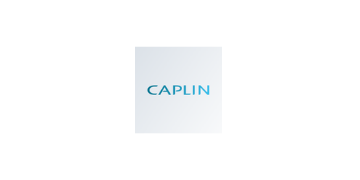 Women are twice as likely as men to lose confidence as a result of long periods spent away...read more

Mental health concerns are everywhere at the moment. There is anxiety, uncertainty, grief...read more

RT @WorkingMums: A new campaign from the Fatherhood Institute looks to build on #dads’ experience of being more hands on during #Covid... h…

@WorkingMums
RT @WorkingMums: We would like to say thank you to @kearney who have supported the Top Employer Awards for a number of years. Now in its 12…

@WorkingMums
#Homeworking is not all a walk in the park. The mental pressures can be challenging... #mentalhealth… https://t.co/TUrUs3TOSb

Call for an extension of 30 hours ‘free’ childcare

The Sutton Trust is calling for an extension of the 30 hours 'free' childcare to disadvantaged parents. read more

Survey presents worrying picture of impact of Covid on women

A new survey by Deloitte shows how Covid has led to a big decline in women's wellbeing, work-life balance and career outlook, with a quarter saying... read more

Koru Kids is looking to branch out into childminding and to expand outside London as families move outside the capital amid changing work patterns. read more

A new report calls on the Government to do more to support single parents who have been disproportionately hit by Covid, due to being more likely to... read more