What does the pandemic data show?

There have been so many studies and surveys done in the last year about which workers have been most impacted by Covid. The truth is complex and every survey shows the need for greater detail in the questions we ask so we can effectively address the fallout.

Next post
Why the stories of Black mothers matter

There have been so many statistics flying around about who has been hardest hit work-wise by the pandemic. But it’s not a competition. It’s about addressing the different challenges for different groups and finding practical ways forward.

On the one hand, early statistics suggested women lost their jobs or reduced their hours more than men in the early stages of the pandemic. But recent ONS stats show men losing their jobs more, particularly self-employed men. Part-time workers [generally women] have also been hard hit. Some say that women have been hardest hit because they work in sectors that are female-dominated like retail and hospitality, which is true. Younger women in these sectors have been affected particularly badly. Yet women also predominate in sectors which have been busier than usual, such as health and education, with all the risks this has brought, especially for Black and ethnic minority women. Women tend also to predominate in lower paid, insecure jobs which have been hard hit by the pandemic, yet among the self-employed, who have few employment rights, it is men who have been most affected. Yet we also know from emails to our site and surveys that a significant number of women are losing their jobs due to childcare issues so the reasons for losing your job are important.

What I am trying to say is that the more you drill down the more complicated the picture is and the data is constantly changing, depending on when you take surveys. We still await studies on the impact of the latest lockdown which many parents have found the most difficult. And then there are the long-term effects – long-term unemployment, more insecure jobs, long-term investment challenges for childcare and so forth. The threat to nurseries’ financial viability has been woefully overlooked. A complete overhaul is needed, beginning with a change of mindset. Childcare must be seen as a core plank of employment infrastructure.

It’s a chicken and egg situation though. We know women are still most affected by childcare difficulties, yet if we talk about it as being ‘a women’s issue’ is that playing into gender stereotypes and leading to it being sidelined and only talked about by women [so many of the events I’ve attended on this are attended almost wholly by women]? And why should things be considered less important or dynamic just because women do them more? For instance, part-time or flexible working [which was renamed agile working in part to make it more man-friendly].

There have also been a lot of statistics bandied around about who does the childcare and homeschooling. Study after study does show that it is women who are doing most, but they also show that some men are doing more than they usually do. Of course, we’re all doing more than we usually do – who usually has to teach their kids while fielding work calls? In my own house, I definitely do the homeschooling more than my partner. Is that because I am a woman [probably], but is it also partly because my partner was never into school in the way I was? I was that nerd who did extra homework and constantly had a book in my hand. I applied to be a teacher several times. I was on the school governors. I love school [maybe not so much after the past year…]. My partner, on the other hand, did not, except for the social life…He, however, does the shopping and cooking. I wonder sometimes if, by constantly saying mums are shouldering the childcare burden [while often true], we are not then making dads who have contributed more [for instance, partners of women who are frontline workers] feel what’s the point.

The trouble is that campaigns don’t often focus on subtleties and there are so many. Every time I do a poll I am aware of the questions that are not being asked, about the need for more nuanced information that can really help us to get to somewhere better.

The ONS, for instance, put out a study last week showing women have been doing more homeschooling. It’s not that huge a difference though even though the headlines went with the women doing more line – which is true, of course.  The ONS said 52% of men and 67% of women with a school-aged child said they had personally homeschooled in January, whereas in April 2020 it found no difference between the percentage of men and women who said they had homeschooled. Yet even those figures beg more questions. What is meant by homeschooling? How many hours are we talking about? Is it just the odd encouraging grunt or teaching a whole lesson on alliteration or putting together a video on free range eggs? Moreover, what age of kid are we talking about? Helping out a teenager with some introductory remarks on Othello is one thing; being constantly interrupted by a six year old is a very different challenge. Yet, outside of active learning, motivating teenagers emotionally can be exhausting.

This is just a mind dump really and my mind is, after months of reading conflicting reports about everything under the sun, just saying aaaaargggh. For me it has always been a matter of finding practical ways to move to greater equality and I believe statistics and data which is nuanced and detailed will help us to do this. I recall working in higher education and looking at stats on Black representation in academia. After investigation, it became clear that the overarching statistics were hiding a lot of what was actually happening on the ground, for instance, the dearth of Black British academics in senior roles, especially in traditional subjects at leading research universities. I’m not sure that much has changed since, but the statistics were stark and showed the amount of work that needed to be done on so many fronts. That’s why we need gender pay gap reporting, although that has a lot of flaws, but also much more detailed data on everything from who is made redundant to why people leave and so forth. Armed with this we can actually make a difference. 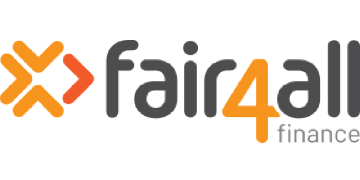 Labour has launched a programme of engagement events on early education and childcare...read more

How to get the most from hybrid working

Employers will need to learn as they go when it comes to rolling out hybrid working on a...read more

A new survey suggests #careerprogression has fallen as a priority for women and men in the wake of #Covid, but how… https://t.co/fsSPJrrSjo