What will the future of work review bring?

Is the Government’s review of the future of the work a welcome attempt to address crucial employment issues after Covid or is it designed to avoid criticism over the failure to include an Employment Bill in the Queen’s Speech?

There has been a lot of criticism of the Government’s failure to publish an Employment Bill in the Queen’s Speech. Despite manifesto pledges in 2019 this is the second time the Employment Bill, which was due to cover everything from maternity and carers rights to flexible working, has been a notable absence. Work contributing to the Bill began several years before with Matthew Taylor’s review of modern ways of working, commissioned in 2016. It was a far-reaching review of different ways of working, from gig working to disguised self employment, all forms of flexibility and regulation.

The week before last, almost unnoticed, the Government announced plans to conduct a review of the future of work. A quick one, it seems, given the announcement said the review would take place in Spring and Summer. Is mid May still Spring? The announcement also suggested that the focus of the review, to be led by former Daily Telegraph technology journalist and Conservative MP Matt Warman, would be “narrow” and cited examples such as automation, how to build on ‘good’ flexibility in the labour market and gig economy and the importance of place and local labour markets in creating and facilitating access to good jobs.

While some commentators have welcomed the future of work review, in that any review is a chance to discuss how work is changing, others are less sure about the intent behind it.

It remains to be seen what the parameters of any discussion about ‘good’ flexibility will be and whether that will extend to attempts to normalise flexible working, such as through a day one right to request, on which the Government consulted last year – and to which we and many others contributed. So far the signs have not been auspicious with comments from various ministers, including the Prime Minister, which appear to demonise homeworking and be designed to get us all ‘back to normal’ without any consideration of the benefits of alternative ways of working. Indeed the issue seems to have become more about turning work into yet another branch of the culture wars than about a considered approach to the evidence – including both the benefits and challenges thrown up by flexible working in all its forms.

While some commentators have welcomed the future of work review, in that any review is a chance to discuss how work is changing, others are less sure about the intent behind it. Clearly, it is important to consider the impact of the last two years on work and Matthew Taylor’s report would not have been able to have anticipated a global pandemic, although everything that happened during Covid was more about accelerating trends which had already apparent in the labour force for some years.

But is the review just meant as a PR stunt so that ministers criticised about the lack of action on employment issues can say ‘look, we’re reviewing everything in light of Covid’? Is it just an attempt to kick the can down the road on employment rights? Is the narrowness of the review designed to avoid the Government having to take action on issues such as maternity rights, carers rights and flexible working, all of which were supposed to be in the Employment Bill? If so, it would not only be extremely disappointing to many, but also show that there is no serious commitment to creating a modern economy fit for the 21st century despite all the talk of how work is the only way out of the current economic hole we are in. It will be left to the employers who care, who see the business case, to lead the way, but many workers will find themselves left out in the cold. 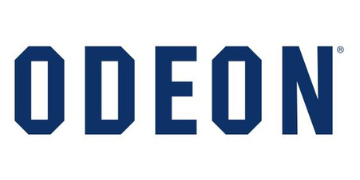 Why does flexible working often not result in greater work life balance?

Why does flexible working so often fail to provide a better work life balance? That is the...read more

We're into July and the school holidays are coming up fast. We know from years of polling...read more

Nearly half of single parent families were living in relative poverty in the year before the pandemic, double the r… https://t.co/z1QAy6dEDe

@WorkingMums
The 2022 Best for Family Support Award, was awarded to @jlpartnership, in recognition of becoming the first UK reta… https://t.co/Crsrbz2kY3